Google to revamp its products with 12-and-younger focus

With Google processing 40,000 search queries a second — or 1.2 trillion a year — it's a safe bet that many of those doing the Googling are kids.

Little surprise then that beginning next year the tech giant plans to create specific versions of its most popular products for those 12 and younger. The most likely candidates are those that are already popular with a broad age group, such as search, YouTube and Chrome.

"The big motivator inside the company is everyone is having kids, so there's a push to change our products to be fun and safe for children," Pavni Diwanji, the vice president of engineering charged with leading the new initiative. "We expect this to be controversial, but the simple truth is kids already have the technology in schools and at home," says the mother of two daughters, ages 8 and 13. "So the better approach is to simply see to it that the tech is used in a better way."

Google would not offer a timetable for the rollout. But executives noted this will be a full-time effort that comes on the heels of recent kid-centric efforts such as its virtual Maker Camp, Doodle 4 Google competition and Made with Code initiative, which Thursday will see the lights of White House Christmas trees illuminated based on coding programs created by kids from coast to coast.

"We want to be thoughtful about what we do, giving parents the right tools to oversee their kids' use of our products," says Diwanji, who will attend the White House ceremony. "We want kids to be safe, but ultimately it's about helping them be more than just pure consumers of tech, but creators, too." 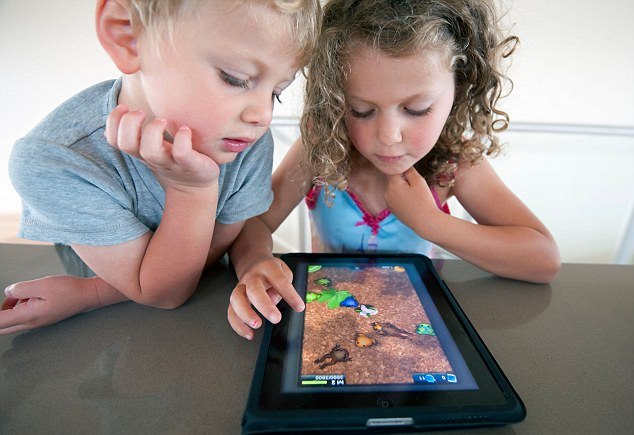 Controversy may well follow in the wake of Google's drive. While tech companies are always seeking out new markets, which in turn expand their user base and ultimately drive up revenue, traditionally kids younger than 13 have been off limits.

The Federal Trade Commission's Children's Online Privacy Protection Act so far has levied fines against 20 companies in its 15-year history for mining young user information without parental consent. In September, Yelp was fined $450,000 for failing to implement a functional age screen in its ratings app. "We aren't looking to play gotcha, it's just about kids being protected and promoting business compliance," says Maneesha Mithal, associate director of the FTC's privacy and identity protection division.

Mithal says COPPA has been updated a number of times in the past decade to reflect the exponential growth of tech trends. Specifically, the act has been amended to include provisions for everything from geolocation data gleaned from mobile devices to photo- and voice-uploading protocols on social networking sites.

"One of the great things about technology is that we should be able to create safe places for kids," Mithal says. "We don't want to stifle that as long as parents are in the driver's seat." But parents may have a tough time keeping track of everything their kids are into tech-wise, says Marc Rotenberg, president of the watchdog group, Electronic Privacy Information Center.

"The prospect of audio-based advertising targeting our children is very real, and that's significant when you're talking about an age group that is very susceptible to manipulation," Rotenberg says. "The FTC will have to step up on this. I don't think we want a world where our kids are sold things they don't need."

Diwanji says she understands those concerns, but adds that as a parent she "is a big believer in coaching moments for kids, rather than just blocking what they can do. I want to enable trust in them. Thirteen isn't some magical number. I want to teach them what's right and wrong, and bring families together using technology."

If Google has a skunkworks for this kid project, it's a small room in its Mountain View, Calif., headquarters dubbed the Kids Studio, where children of employees are encouraged to spend hours tinkering with various prototype projects.

Diwanji says that watching those kids tinker reminds her that a child's-eye-view of, say, the Google search engine isn't remotely the same as an adult's. That fact was brought home by her younger daughter, who after Googling "trains" was stunned to see a list of Amtrak train schedules pop up.

"She came to me and said, 'Mommy, you should tell Google about Thomas the Tank Engine, because Google obviously doesn't know about him,'" Diwanji says, laughing. Her point: User experiences for a range of Google products are ripe for under-13 makeovers. What also is being worked out are the ways in which parents will be able to oversee their child's interactions with Google's technologies, perhaps limiting usage to set time frames.

"We want to enable supervision but not be regimental," says Diwanji during a visit to Google's San Francisco outpost. "But that's challenging because no two parents are alike. I have friends who are helicopter parents and others are even more liberal than me, but everyone has to be accommodated by whatever we create."

Diwanji seems the right person for this push into unchartered waters. Growing up in a middle-class family in western India, she was technologically precocious, winning a coding content in seventh grade and eventually studying computer science as the only woman in her university program. When she was accepted at Stanford University for a master's degree in computer science, her father had to mortgage parts of his small software company in order to pay for just one quarter of his daughter's graduate school education.

"I was determined to stay," she says with a smile, describing how she approached a range of professors before finally landing financial assistance to complete her degree. A Sun Microsystems job and two start-ups later, she landed a job at Google a decade back. "This is perhaps one of my greatest challenges," she says. "We want to lay the foundation right, and then make sure every single part of Google is great for kids. They are the future, so why not give them the tools to let them create it."