Technical advances in aircraft design and navigation systems have reduced the chance of dying in a plane crash, but the reliance on computers poses new types of risks.

"Cyber terrorism may replace the hijacker and bomber and become the weapon of choice on attacks against the aviation community," German insurer Allianz said in a review of aviation safety, publicly expressing concerns that others insurer have discussed in private. The International Air Transport Association has been working to improve cyber security including the launch this year of a toolkit to help airlines assess and mitigate risks in their IT systems. "Aviation relies on computer systems extensively in ground and flight operations and air traffic management, and we know we are a target," IATA Director General Tony Tyler said at a conference in October.

Another potential threat comes from commercial drones, whose use is expanding in surveillance, crop dusting, news gathering and sporting events and for which there is no standard international regulation. "The potential risks are obvious, namely collision or third-party damage or injury and resulting liability," Allianz said.

The skies are growing crowded, with IATA estimating around 16 billion passengers in 2050, compared with 3.3 billion in 2014. Increasing safety had pushed down airlines' insurance premiums until this year, when losses including two Malaysia Airlines jets are expected to boost claims to a record $800 million. Technology has played a major role in steadily reducing deaths to less than two per 100 million passengers on commercial flights from 133 in the 1960s, but it is also boosting the cost of aircraft and value of claims. 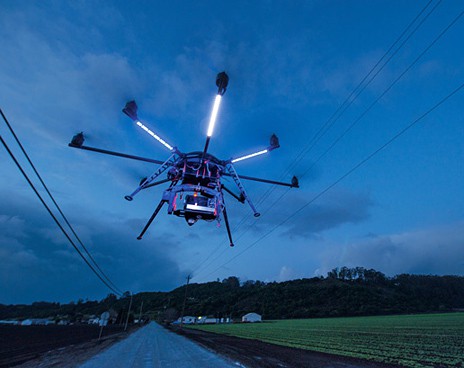 Allianz estimated the insured value of airline fleets will rise to more than $1 trillion within the next five years from less than $900 billion currently. Technology, particularly increasing automation in modern planes, also has been under a spotlight since the 2009 crash of Air France flight 447 after pilots lost control of an A330 jet on a flight from Brazil to France.

Pilots need more training if systems fail, Allianz said. "Improvements have to be made, especially to get rid of passivity in the cockpit due to automation." A German pilots group also is calling for more training and checks in 'manual' flying to ensure pilots have regular practice should computers fail. "Planes weren't as reliable in the past, and therefore pilots had training every day in all kinds of problems," Vereinigung Cockpit head Ilja Schulz said last month at the launch of a safety campaign.