What is the Car Coming to?

The automotive industry is known for being notoriously conservative. This is quite understandable given the inherently ‘hazardous’ nature of cars.

A potentially dangerous machine, like a vehicle, is certainly not the appropriate arena for daring experiments. In fact, the first in-car radio appeared in the 1930s—decades after automobiles had already become a commodity.

When you think about it, the state of automotive advancement has not truly changed all that much since then. Smartphones, tablets and all kinds of gadgets continue to evolve ceaselessly, while the automotive industry watches from the sidelines. Today, almost one and a half decades into the century of touch screens, biometry and gesture controls, cars continue to run on four wheels, with just one steering wheel and two to three manual controls.

Of course, the industry itself is not so blatantly outdated. Both engines and steering systems have evolved significantly through the utilization of some of the latest advancements in digital technologies. However, such changes tend to occur ‘below the surface’ and remain unseen by the common consumer; the engine yield has increased, the gas consumption has decreased and new stabilization mechanisms are in place as well. However, the ‘user interface,’ which is the first point of contact between a driver and an automobile, remains obsolete.

Players in the automotive industry will face major dilemmas in upcoming years, as they are forced to balance consumer pressures, safety compliances and economics. Let’s take a look at how automobile interfaces could evolve, and consider the opportunities and concerns that this movement may bring us.

As digital natives, today’s toddlers can often be seen trying to swipe or pinch-to-zoom static content on an average television screen. Building off of these toddlers’ adorable inclinations, it has become critical that we finally start building touch-enabled displays into cars’ control systems. 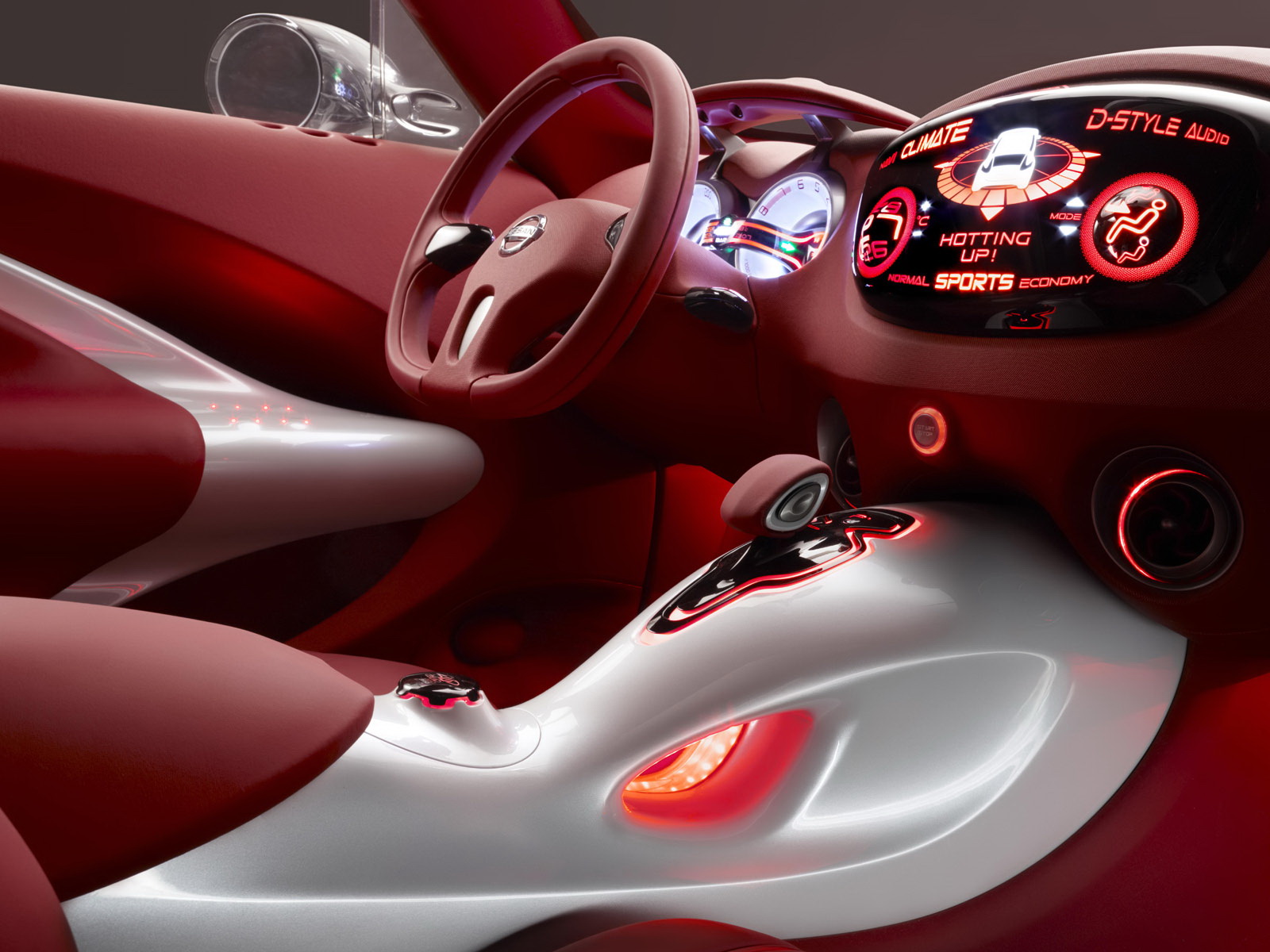 The benefits of switching to touch-enabled dashboards are obvious: the same screen contains climate controls, entertainment options and many other things, thanks to a multilayer menu. Additionally, revamping the interface, in this case, requires just a few firmware updates as opposed to any costly mechanical undertakings.

The drawback is obvious as well: it is no longer possible to tinker with controls without actually looking at the dashboard, thus making the entire process much more dangerous and distracting. When cars were equipped with manual controls, it would only take a single intuitive movement to change the temperature setting or switch song tracks on the in-car multimedia system. Today, we say goodbye to this opportunity. Now, you cannot just feel for the button on the dashboard without ultimately getting distracted from the road. Some of us remain ignorant of the many capabilities that are available within a digital in-car dashboard, thanks, again, to the multilayer menu.

You may be asking yourself, so what is the optimal screen size and where should it be located in order to minimize distractions and preserve intuitive control? The traditional 7-9″ displays that are found in premium car models are not enough in today’s world. By the same token, the giant 17″ monster in the Tesla mоdel looks ‘out-of-this-world’ to the majority of users.

It may be worth it to just take your time and get used to it. Perhaps attitudes towards digital dashboards are developing in the same way that they did for smartphones: over the course of several years, the screen size of the typical mobile device nearly doubled, but the users just continued to get used to the new standard. Many years ago, a 3.5″ iPhone was considered giant by some of the same users who are now walking around with immensely prominent ‘phablets’ and find it ok.

To make up for the loss of intuitive mechanical controls, industry designers have started to deploy other native interfaces, primarily voice input. It is common knowledge that voice controls are the best way to avoid distractions on the road and make driving a safer experience. With many electronic components becoming cheaper, such systems are no longer available in only premium offerings but also in low-cost vehicles as well. 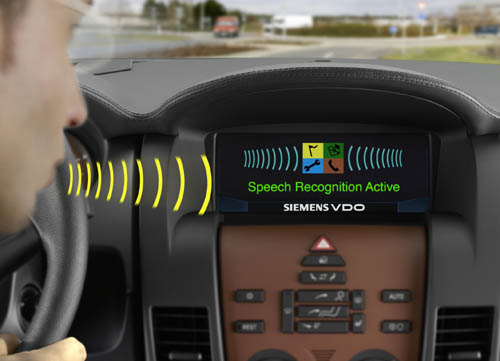 With that in mind, recent research executed by The University of Utah on behalf of the AAA Foundation for Traffic Safety, yielded interesting results. The researchers evaluated the stress levels experienced by drivers when interacting with several voice control systems while driving. The respondents completed several tasks, varying in complexity, including changing temperature settings and song tracks on the in-car entertainment system, using speech-to-text functions to compose SMS messages and experimenting with voice recognition to navigate the menu.

First, it was revealed that voice control systems are not all the same, quality-wise. The gross point difference in distraction levels between the leader and the outsider of the test was quite significant: 1.7 and 3.7 points, respectively. For the sake of reference, listening to the radio equals one point of distraction, while talking, hands-free, equals two points. The US National Safety Council, another safe driving advocate, states that these two additional points of distraction, in fact, quadruple the odds of getting into a car accident.

Second, the researchers noted that even the most ‘intuitive’ electronic controls distracted the driver a great deal. S/he continued to firmly hold on to the steering wheel and watch the road ahead. However, due to the human brain’s inherent inability to properly multitask, the driver’s mind was occupied by processing other ‘signals’ and could not react fast enough to a sudden change in environment.

A driver is operating at a higher risk level when s/he is heavily involved in interactions with digital systems. For example, navigating the multilayer menu or using speech-to-text functionalities, or voice commands, can pose a hazard to the car’s operator. New technology is inevitably error-prone, especially when you consider speech imperfections like accents or impediments.

There is another piece of promising technology that was designed to offer more safety to drivers that is called a head-up display (HUD). Initially, they were positioned as a luxury option available only in premium automobile models, but now numerous third-party providers offer them. There are even specially designed apps that offer rear projection capabilities on smartphones and displays.

Usually an HUD is used to display satnav data, speedometer information and other relevant content. The key benefit of this fascinating tech tool is its ability to project necessary information ‘overhead’ without distracting the driver.

Unfortunately, this technology does have its downsides. Most cost-effective solutions do not offer high quality resolution on sunny days due to the distracting glint of the sun. There is one more inherent problem that no HUD solution would be able to overcome by purely perfecting the technology. In order to refocus sight from the front windshield to the road, a human eye needs at least half a second. For some people with sight accommodation problems, this refocus process could take even longer (up to a few seconds). Driving at a high speed, such a driver might lack the necessary time that is needed to react to any dangerous road situation.

Using holographic technologies could possibly solve the problem of refocusing one’s sight. For instance, such a system is currently actively promoted by a Russian startup, WayRay. In this case, the AR projection is placed a dozen meters in front of the driver’s eyes where essentially all of the critical road objects are visualized.

On the downside, commercial shipments have been constantly postponed by WayRay (now the first shipments are planned for early 2015), which makes one wonder whether this innovative concept is so easily realized in practice. A marketer’s dream to display visual ads besides road information and instructions is also very dangerous.

There is no doubt that technological innovations bring quality changes into all aspects of our everyday lives, driving included. New advancements are transforming the driving experience, making it safer and more convenient. The challenge is how to pace these innovations and advancements since oversaturating anything with gismos may produce an effect that is quite opposite from what was intended.

Today’s consumers have far too much information to assess at any given time and car producers should carefully plan their rollouts of cutting-edge technology. It may simply make more sense to wait until truly efficient solutions are available on the market, as they might just be capable of fully substituting the weakest link in driving process, plain ‘unsavvy’ drivers.