The danger of not changing the default passwords

The danger of not changing the default passwords on digital equipment is finally hitting home, after a hacker published the video streams of over 100,000 webcams onto the internet. 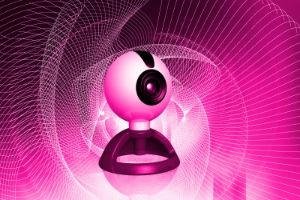 From baby monitors to in-store security cameras, anyone who had purchased an online webcam with remote viewing capabilities was at risk. The hacker from Russia decided to take action to expose the cameras after deciding that people were ignoring the dangers of not changing a default password.

He programmed a script to search the world for any webcams connected to the internet, and then gained access to them by using a default password set by the manufacturers. This password is publicly available, so anyone could have been accessing these cameras at any time without the owners knowing. Earlier UK authorities warned of Russian website streaming images from British webcams including baby monitors and those in gyms and bedrooms.

By publishing the webcams online, the hacker certainly raised awareness of the issue – even if he grossly invaded people’s privacy by doings so. The message is clear: we’ve all got to change our default passwords.

How to change default passwords

Unfortunately, there’s not one universal method for changing the default password on all of your devices. In fact, many of you won’t have any devices with a “default password” inside your house. The obviously one that most people own is your wireless internet router. The majority of wireless routers ship with a default password (in the UK, for example, the popular broadband provider Sky ships its boxes with the username: admin and the password: sky. That wouldn’t pass our security tests!).

This means that anyone who can access your router (by being connected to your wifi or plugged into your cabled internet connection) can use the default details to alter your internet settings, spying on your surfing or redirecting you to other websites.

In fact, some routers even allow remote management – so someone on the other side of the world could access your router and start redirecting you to dangerous content. Other devices with a default password might include modern stereos, audio-visual receivers, televisions and, of course, internet-enabled webcams.

To ensure that you stay safe, it’s important to change the default password on all of these if you can, because you never know when a criminal might find a way to exploit these devices and use them against you. User manuals typically include information regarding changing default passwords, so although it might be dull, you’ll probably have to read through them to find the information. And unfortunately, unlike for your computer and phone, there’s no internet security suite for these devices!’