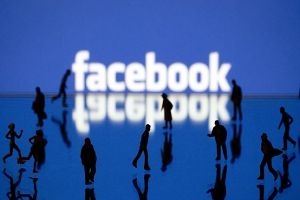 Every so often, someone points out that user — the software industry’s term for “the people who use our products”— may not be a perfect one.

Doesn’t it reveal a shallow, reductive view of the humanity? Or depict customers as machines? Isn’t user, you know, also what we call drug addicts? Two years ago, Jack Dorsey — an early figure at Twitter and the CEO of Square — exhorted the tech world to drop the term altogether. At the advice of Starbucks CEO Howard Schultz, Dorsey said Square would stop talking about users in order to talk about customers. “The word customer, given its history, immediately sets a high bar on the level of service we must provide, or risk losing their attention or business,” he wrote.

Yesterday, I learned Facebook had done the same — and supplanted it with an even more general word. At Navigate — technology conference in San Francisco — Facebook’s director of product design, Margaret Gould Stewart, mentioned that the company now called its resident frienders and likers something different.

“Actually, we don’t use the term user at Facebook,” Stewart told writer Thomas Goetz. “We kind of stopped using it because we want to call them people, so we actually have kind of banished the term. All of our dashboards, instead of saying ‘daily average users,’ say ‘daily average people.’”

As somebody once said, it’s kind of arrogant to think that the only reason that people exist is to use what you built. They actually have lives, like, outside of the experience they have using your product. So the first step to designing in a human-centered way is to recognize that they’re humans.

To me, this is all a little silly. I remember when aged critics alleged that Facebook tainted the ancient warmth of the word friend with its dreaded friend requests and (egad!) friending. Those critiques seem just as hollow as this “average people” business does. To Macy’s, I’m a customer; to Amtrak, a rider; to the United States, a citizen. When people stumble into institutions, they might get called something else, but the affability of a new appellation does little to change that they’re a single person inside a big institution.

But maybe it does something. Facebook loves its users so much that it’s resolved to stop calling them users. They’re just people now. And if that seems to elide all of humanity and all of Facebook users into one group, well, that’s not exactly to Facebook’s disadvantage either.