Facebook could soon scold you if you try to upload drunk photos of yourself, in a bid to stop people embarrassing themselves on the site. 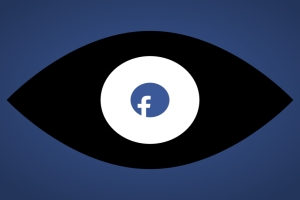 Asking whether you’re really sure you want to post that blurry, embarrassing picture could be the job of a digital assistant built in to Facebook, it was told by Yann LeCun, a research and machine-learning expert who runs Facebook’s Artificial Intelligence Lab, a team of researchers based in California and New York.

Lecun describes an “intelligent digital assistant which would mediate your interaction with your friends and also with content on Facebook”. If it saw something that you might regret posting, it would do the virtual equivalent of tapping you on the shoulder and checking whether you’re sure you want your mum or your boss, for example, to see the picture you’re about to upload.

The tool would use image recognition technology that can learn the difference between your sober and drunk self, and warn you if you’re getting a bit too much like the latter. The technology would be similar to the one that recognises friends’ faces in photos and suggests that they should be tagged.

The artificial intelligence team has also been talking to those that work on the Oculus Rift virtual reality headset, which Facebook bought this year, on the possibility of extra AI features. The team’s work is already powering a range of features on Facebook — it gets to know you, for example, and shows links in your news feed that you’re more likely to click on. It also reads your posts and suggests hashtags that you might want to use in them.

Similar technology is used in Google to improve its search engine and recognise speech commands, and Skype can translate calls from one language to another. The technology is becoming so important that most big firms are rushing to hire experts in the field.