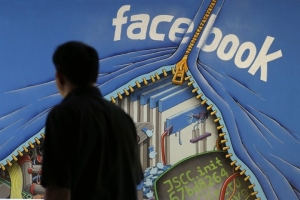 After other companies like Google have repeatedly run into issues with the region’s strict data protection rules, Facebook is now in the crosshairs of the Dutch privacy regulator, which said on Tuesday that it was investigating the social network’s revamped privacy policy.

The company’s privacy statements — updated in November and to be introduced on Jan. 1 — tries to simplify the often hard-to-understand rules governing people’s data stored on Facebook into concise and understandable language. But the new privacy policy also states that Facebook has the right to use the information provided by its more than 1.3 billion global users through their posts, messages and other online interactions for its own business goal: to sell more advertising.

That use of people’s personal information is at the heart of the Dutch privacy regulator’s investigation, which will center on whether Facebook complies with local data protection rules that polices how people’s data can — and cannot — be used.

In a statement, the Dutch watchdog — called College Bescherming Persoonsgegevens, or C.B.P. — said it had contacted Facebook about how the new privacy policy would affect local users, and asked the social network to postpone the roll-out of the new rules until the regulator completes its investigation.

The Dutch data protection authority has the power to fine a company if it breaches the country’s privacy rules. On Monday, for example, the regulator said it would fine Google up to $18 million if the tech giant did not stop using people’s online browsing history and location data to sell customized advertising to specific individuals.

In response, Facebook said it was confident the new policy complied with the country’s laws. The social network’s non-United States users, which are overseen by the Irish privacy regulator because the company’s international headquarters are in Dublin, said that it had been in contact with the Irish watchdog about its new privacy policy.

“We were surprised and disappointed to learn about the C.B.P.’s inquiry,” Facebook said in a statement on Tuesday. “We routinely review product and policy updates with our regulator, the Irish Data Protection Commissioner, who oversees our compliance with the E.U. Data Protection Directive as implemented under Irish law.” Last week Instagram announced that it was going to crack down hard on spammers and fake accounts. One social-media marketer said that it would be “chaos” and speculated that over 10 million accounts could be deleted.