A group, which claimed to have affiliation with Anonymous, released a file after hacking some 13,000 combinations of passwords and usernames. 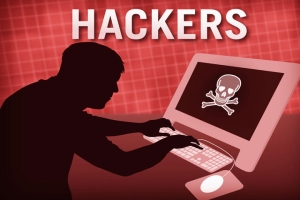 News of the hack came just a day following the network connection failure with Sony's PlayStation and Microsoft's Xbox Live. The hacker group Lizard Squad claimed to be responsible for the attacks on gaming platforms. As a result, around 48 million Xbox and 110 million PlayStation subscribers were interrupted from their gaming.

In the latest breach, this new group posted leaked information to Ghostbin, a text storage service. The site reportedly became inactive early morning of Dec. 27. The list had more than 10,000 entries. Other services that were on the list were Twitch.TV, Origin.com, EA Games, UFC TV, VPNCyberGhost and Brazzers.com, a pornography site. The information also included names, phone numbers and security codes for some accounts.

While the group, which was responsible for the hack, is claiming that they are connected with Anonymous, some members of the latter did not back the claim. In reality, Anonymous has no official leader or unified organizational structure. It works as a loose affiliation between computer hackers who usually join together when fighting for a similar cause. One example is the group's battle with the Church of Scientology.

If a group of hackers brands itself as Anonymous and carries out a certain battle, people should not think that they are the same group that carried out similar Anonymous-led fights. Upon closer study of the leaked file, it was found that the user data were stolen most likely by employing methods such as installing malware into the users' personal devices. Cyber security researcher Chris Davis, who is also a fellow at the University of Toronto's Munk School of Global Affairs, hypothesized that the hackers must have used a botnet in their hacking.

"The list of credentials in the published list fits that bill pretty well," said Davis. Users who have an account with any of the above-mentioned sites affected by the hack are advised to change their password settings. Moreover, it would also be wise to monitor one's credit card for any suspicious charges. You have to be very attentive and be ready to recognize signs your online security is being compromised.