Syrian computer hacker conglomerate, the Syrian Electronic Army (SEA), has kicked off the New Year with a number of cyber-attacks, compromising Skype’s Twitter, Facebook accounts, and its official blog. 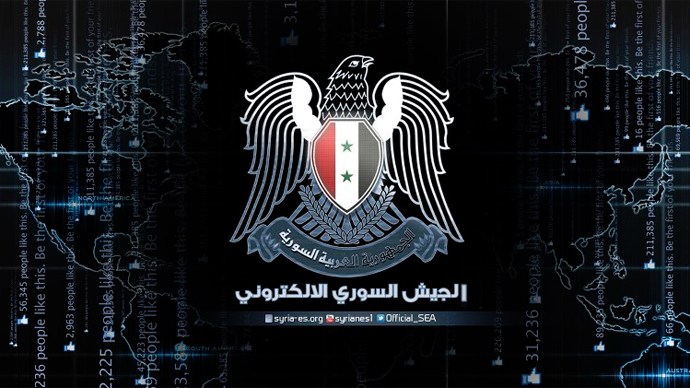 Social media accounts belonging to Skype, Microsoft’s voice-over-IP service, were hacked around 19:30 GMT. SEA posted on Skype's Twitter account a rogue message saying "Stop spying on people! via Syrian Electronic Army." The hacker group also urged people not to use Microsoft accounts because the company is “selling the data to the governments.”

SEA later re-tweeted the message using its own twitter page. (see images below)

A similar message was posted on Skype's Facebook page, but was quickly deleted, according to TheNextWeb. The link to it, which the SEA posted on its Twitter account, leads to a removed page.

Attacks were also generated on Skype’s official blog with posts calling on the US to stop its global spying activity.

SEA continued to attack Microsoft via its twitter account posting, “You can thank Microsoft for monitoring your accounts/emails using these details.”

Since SEA’s inception in 2011, the organization has denied any association with the Syrian government. They claim to be self-motivated patriotic supporters of the government, but are not acting on its behalf.

In 2013, SEA claimed responsibility for hacking a number of Western media outlets including the New York Times, The Washington Post, The Huffington Post and Thomson Reuters. Arguably, their biggest success was the penetration of the Associated Press twitter account that posted President Barack Obama had been injured in a White House attack.

Skype has now fully regained control and deleted the false tweets from the compromised social media channels. Its blog is being automatically redirected to Skype’s homepage.

“We recently became aware of a targeted cyber-attack that led to access to Skype’s social media properties, but these credentials were quickly reset. No user information was compromised,” a Skype spokesman responded to TheNextWeb query.

Skype also tweeted that no accounts of its other users had been compromised.

The latest attacks by the SEA follow Edward Snowden’s revelations of NSA eavesdrop outreach, including Microsoft.

The probe into Microsoft’s collaboration on data sharing with the NSA found that the transfer of some data to affiliate companies in the US appears "to take place lawfully” under a so-called Safe Harbor agreement. 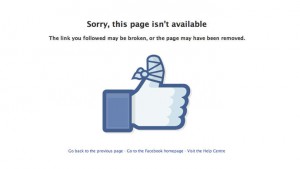 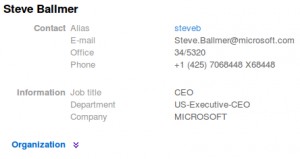 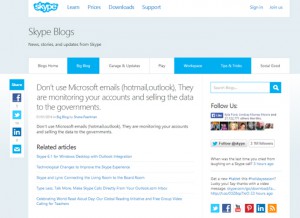 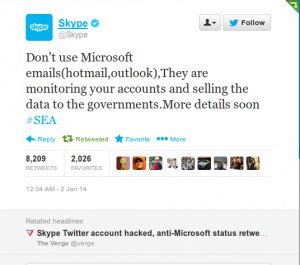