The worst and biggest data breaches of 2014

It was a year when high-profile stories, such as Heartbleed, Target's data breach, the nude celebrity photos hack, and Sony's massive cyberattack, dominated headlines. 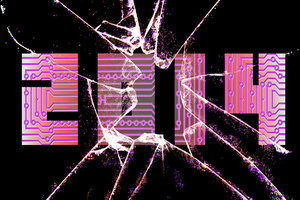 It was also the year of the data breach. In fact, three of the eight largest breaches since 2005 occurred in 2014, according to research conducted by Silk, a data-visualization firm.

Silk compiled last year's 10 biggest data breaches, with the three worst being the eBay hack, which potentially exposed the passwords of 145 million users, the JPMorgan Chase cyberattack and Home Depot's security breach. Silk also created a map of the largest 50 data breaches of 2014, which includes the number of records exposed. "Development cycles are getting faster, and there's competitive pressure on developers to get their product out as quickly as possible to stay ahead of the competition," Chris Wysopal, chief technology officer of application-security company Veracode, told.

"Unless development teams automate application security testing into their development environments, the speed and cycle of these development timelines will only increase resulting in more data breaches." Let's hope history doesn't repeat itself in 2015.