We finally know what comes after the smartphone

You have to learn two new technology acronyms today: IoT and ADAS. Neither is elegant, both are important. There was "CES Day Zero," otherwise known as press day. 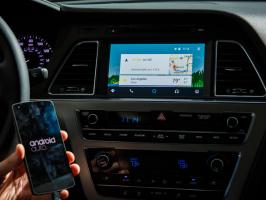 It's when all the major tech companies presenting at the show make their big keynote presentations and unveil the product lineups for the next months — if not the entire year. The CEOs of LG, Samsung, Panasonic, Sony, and Mercedes strode across their respective stages and made grand pronouncements about the future of technology.

It's easy to get turned off or lulled by the hype (depending on your attitude), but it's worth paying attention to what these giant tech companies are saying. They're quite literally laying out their plans and staking their claims to the next big trends in tech, and they're doing it for multiple audiences. This is the Consumer Electronics Show, but the message is usually meant for somebody else: CTOs and competitors and buyers.

Which brings us back to those twin themes that emerged yesterday: the Internet of Things (IoT) and Advanced Driver Assistance Systems (ADAS). They're the next places that these big tech companies are heading. If all the smaller guys are making new (and sometimes exciting!) gadgets, the big guys are trying to create the systems that tie them all together. Or, if they can't dominate the whole ecosystem, they at least want to grab a piece of it. 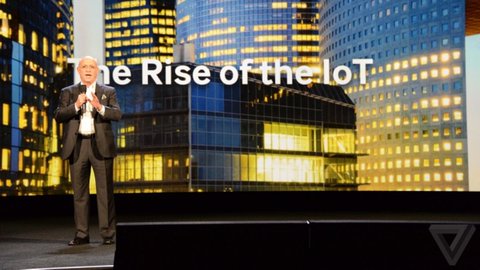 That's the only way to explain Nvidia's famously long and infamously tedious keynote that focused on the components that power the smarts behind smart driving cars. The company fell behind the curve on mobile and it needs customers — those would be car manufacturers — who can utilize its processors. It's the motivation behind Sony's CEO waxing on about its image sensors working in cars. He did it not because he wants you to buy them, but because he wants Ford and GM and Toyota to fill their cars with Sony cameras.

And it’s the way you should think about Samsung’s ambitions, too. This is the year that Samsung finally unveiled what comes next for it now that the market for smartphones (and, to a lesser extent, TVs) seems to be plateauing. Samsung took over the main CES keynote this year — a place long held by Microsoft — and it's also trying desperately to take over the main trend that's already happening in consumer tech before Google, Apple, or Microsoft can.

That trend is "The rise of the IoT." The Internet of Things continues to be the most vague and B2B-sounding product category I've yet encountered in tech. But it gets clearer when you see what the gadgets actually are: doors that lock themselves, thermostats that program themselves, cameras that monitor your home for intruders, and more. But IoT isn’t about the gadgets, it’s about the way they talk to each other. 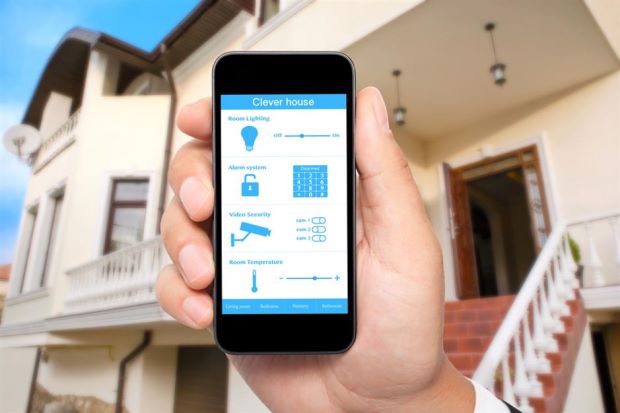 If the last ten years were dominated by the rise of the smartphone and its ecosystems, the next is probably about IoT and ADAS and whatever other acronyms we come up with to describe the multiplicity and diversity of these tiny gadgets. A wearable puts a computer on your wrist, sure, but IoT is putting a computer everywhere, and the ways our industry has been talking about that gigantic shift have been terminally boring and easy to to ignore so far. That needs to change.

These devices are inherently creepy to some, but they're beginning to look inevitable. It's possible to build these systems with some modicum of privacy and safety. Samsung is at least approaching the ecosystem with the right attitude — it purchased SmartThings last August and is keeping that company's dedication to openness and interoperability intact.

Cheap chips and cheaper cloud computing is letting every company build more interesting gadgets. The ways that they talk to each other and to the giant corporations that create those ecosystems is going to be massively important: will one company dominate? Will they be secure enough? Will they be impossible to figure out? Will we give up yet more privacy in exchange for yet more advertising? Will the technology actually work? We're probably going to need more acronyms to answer all those questions.