Google: US Government Spying Has Tripled

Government requests for data soared from 3,580 in 2009 to 10,918, Google said on Thursday -- and those are only the data demands the web giant is allowed to publish. 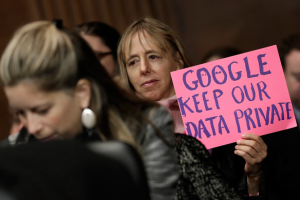 A 2013 Transparency Report described on the Internet giant's Public Policy blog is the latest in an ongoing effort to provide a window into worldwide governmental efforts to tap into the digital profiles Google builds and the digital communications it relays. The report revealed a tremendous increase worldwide in government efforts to mine Google’s data.

The company has used the periodic disclosures as an opportunity to push back against those government demands, many of which Google is banned from even discussing

'Governmental entities should be required to obtain a warrant ... before requiring companies like Google to disclose the content of users' electronic communications.' - Richard Salgado, Google’s legal director of law enforcement and information security

“We strongly believe that the Electronic Communications Privacy Act (ECPA) must be updated in this Congress,” wrote Richard Salgado, Google’s legal director of law enforcement and information security. “Governmental entities should be required to obtain a warrant—issued based on a showing of probable cause—before requiring companies like Google to disclose the content of users' electronic communications.”

The company declined a FoxNews.com request to discuss the topic further. The latest transparency report, which the company plans to issue on Thursday, reveals that worldwide government requests for data have more than doubled since 2009, from countries including India, Germany, France, the U.K. and Brazil.

But the U.S. is far and away the top requester of Google’s data, issuing 10,918 total requests for its information. Of those request, 68 percent were subpoenas, 22 percent were warrants, and the remainder were court orders and other requests.

Companies including Microsoft, Yahoo, Facebook and even Apple have in recent months increased their efforts to fight back against such government requests, notably the Foreign Intelligence Surveillance Act (FISA) requests that are court-ordered and cannot legally even be  discussed.

“The U.S. government contends that we cannot share this information,” Delgado wrote -- above a blacked out bar chart. Last week, Apple released its first such transparency report. The consumer electronics giant said it too was constrained by the government.

“At the time of this report, the U.S. government does not allow Apple to disclose, except in broad ranges, the number of national security orders, the number of accounts affected by the orders, or whether content, such as emails, was disclosed," reads the report. "We strongly oppose this gag order.”

Google's latest report demonstrates a "scary trend," said Chris Calabrese, legislative counsel with the ACLU's Washington Legislative Office. "Over the last four years, the number of law enforcement requests in the U.S. alone has increased by a staggering 203 percent," he wrote on the company's site.  "We have to push the administration and Congress to take the necessary steps to make sure we have the electronic privacy rights we deserve for the Internet age."

While Google and other companies acknowledge the need for collaboration with the government, they argue that the lack of transparency is a disservice to the American people.

"Google recognizes the very real threats that the U.S. and other countries face today and, of course, governments have a duty to protect their citizens. But the current lack of transparency about the nature of government surveillance in democratic countries undermines the freedom and the trust most citizens cherish," Salgado said Wednesday during the Senate Judiciary Committee hearing.
Tags:
Google Yahoo Microsoft USA surveillance
Source:
Fox News
1920
Other NEWS
3 Jul 2020