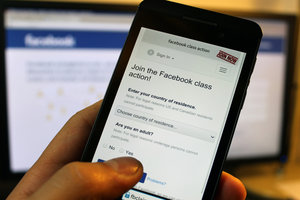 Europe vs. Facebook, the group leading the suit now with 25,000 claimants in tow, has had its first hearing set for April 9, in a court in Vienna, marking the first time Facebook will appear in court over the case. The class action covers a number of areas ranging from data use policy under EU law to PRISM surveillance support and the unlawful introduction of “Graph Search.”

According to Europe vs. Facebook, the social network refutes the claims, arguing that the lawsuit is inadmissable because it cannot be sued by its users. The purpose of the April 9 hearing is for the court to decide whether Facebook has valid objections about the admissibility of the lawsuit. Contacted for a response, Facebook says it has nothing more to add right now. So far, the class action has been limited to 25,000 who can claim up to €500 each in damages, resulting in a case that could cost Facebook $14 million.

The claimants are also demanding a “suspension of data usage” by the social network. Perhaps most importantly, if won — or even if simply prolonged in the public arena — the case could do a lot in PR damage. And if Facebook actually loses the case, it could result in orders for Facebook to change its practices in the region.

While Facebook will likely continue to try to get the case thrown out of court, the group is still pressing on. “We have reviewed all objections from Facebook in great detail and came to the conclusion that they lack any substance. It seems that they try to delay the procedure with partly really bizarre arguments,” Dr. Proksch, the lawyer representing the users, said in a statement.

This class action suit was first filed last year, and was quickly oversubscribed with people applying to join it, getting over 60,000 users to sign up in the first month, partly by making it easy to do so through different channels like mobile. The group said today that in addition to the 25,000 named as claimants, there are now 50,000 signed up waiting to see if the suit expands to cover more people. It claims to be the largest-ever class action filed in Europe. (You can still register now to add your name to the list if you are so inclined.) 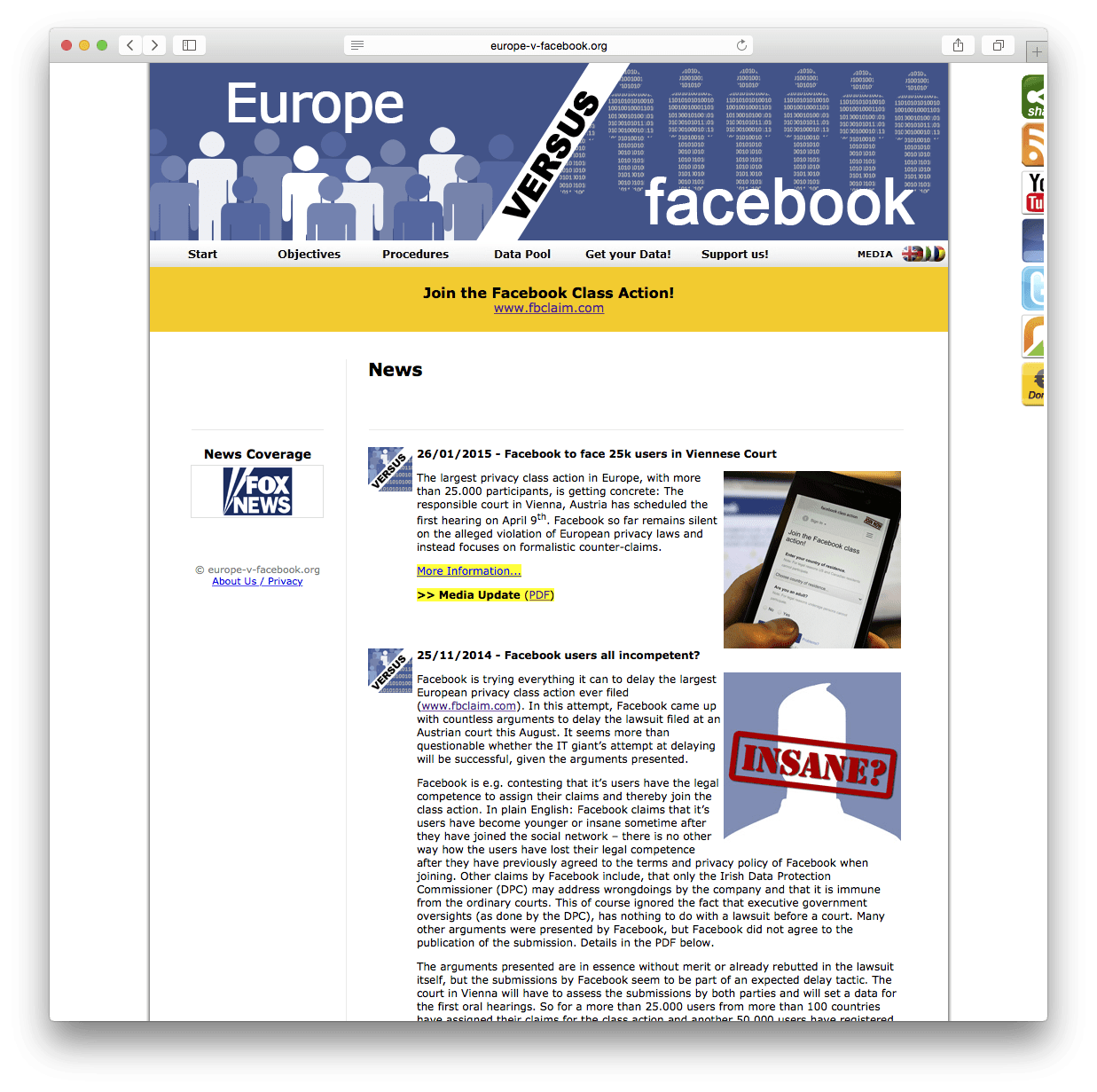 The conflict that led to the suit in the first place stretches back much longer than last summer. Europe vs. Facebook, the Austria-based group headed up by law student Max Schrems, has been filing privacy complaints against the social network for years, taking his case to Dublin, Ireland — where Facebook’s international HQ is based, giving the complaints potentially wide-reaching ramifications.

But those complaints have had mixed success, which is why this class action is significant: it demonstrates a bigger will of the people behind the privacy group’s claims, and it shifts the center of gravity away from Dublin to the continent, where Facebook has been given a harder ride where data protection and user privacy are concerned — for example in Austria’s neighbor, Germany.

The longer list of complaints highlights not only new features introduced by Facebook in recent years, but also touches on bigger themes such as how the government co-opts Internet services to gather information, the rise of big data and their potentially creepy role in ad-based revenue models.