Edward Snowden does not use an iPhone 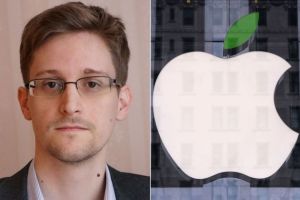 He says iPhone has special software that allows the government to spy on you. Snowden's lawyer told reporters in Russia that he does not use an iPhone.

We assume that he does not use a lot of common or open means of communication these days, because he worries about what it means for his liberty. Snowden, who is currently enjoying Russia as his home, does not have time to use the popular phone, and is unlikely to ever make time. Instead he chooses a much simpler method. Sadly not the pigeon. "Edward never uses an iPhone. He's got a simple phone," said the lawyer.

"The iPhone has special software that can activate itself without the owner having to press a button and gather information about him. That's why on security grounds he refused to have this phone." Apple's view on vendors, users and data is that the twain should never meet. Recently Tim Cook told the world that neither he nor Apple give a fig about user details, unlike others.

It should be mentioned that officials are forbidden to have an iPhone. Despite being the most powerful man in the world, President Barack Obama is not allowed to use an iPhone because his security advisers have claimed it is not secure enough.

"We try not to collect data. We are not reading your email, we are not reading your iMessage. It is encrypted. There is no key," he said. "We run a very different company. Companies should be very transparent. From our point of view, you can see what we're doing on the credit card thing. We're not in that business. "I'm offended by lots of it. I think people should have a right to privacy. We want to be totally transparent." The thrust of his message is that Apple does not play host to any backdoors.