Justice Dept spying on millions of US drivers

The US Justice Department has been covertly gathering and storing hundreds of millions of records about American motorists for a national database. The database can track the movements of vehicles across the country. 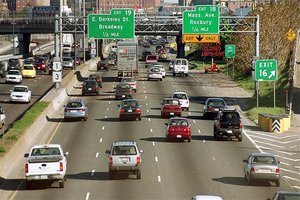 Government documents, as well as former and current government officials, confirmed to the Journal that the license plate-tracking program was initially used by the Drug Enforcement Administration (DEA) to seize cars, money, and other assets associated with drug trafficking.

Use of the database has grown, however, to include hunting for vehicles linked to other possible crimes, including kidnapping, killings, and rape. Additionally, state and local law enforcement agencies are increasingly using it for a variety of investigations. US officials have said in the past that the DEA used the license plate readers to track vehicles near the Mexican border in an effort to combat drug cartels, but said nothing previously about the DEA expanding the program "throughout the United States."

A spokesperson for the Justice Department told the Journal that the program complies with federal law, suggesting there isn't anything newsworthy about the revelation. "It is not new that the DEA uses the license-plat readers program to arrest criminals and stop the flow of drugs in areas of high trafficking intensity," the spokesman said.

However, it isn't clear if any court oversees the program or has approved the program’s operation. Sen. Patrick J. Leahy (D-Vt.) who is on the Senate Judiciary Committee, issued a tweet saying the use of the license plate readers "raises significant privacy concerns." The news is a the latest revelation about new ways in which the government and law enforcement are conducting surveillance on US residents, raising concerns over potential privacy violations. The Constitution protects citizens against "unreasonable search and seizure."

Just last week, Sen. Leahy and Sen. Charles E. Grassley (R-Iowa), chairman of the Senate Judiciary Committee, signed a joint letter to Attorney General Eric Holder complaining about privacy breaches in the wake of a USA Today story exposing the use of radar technology. The FBI, US Marshals Service, and dozens of law enforcement agencies are using the technology, which detects movement inside buildings.

In their letter, the lawmakers expressed concern over the lack of public discussion about the technology and the lack of information regarding what legal processes agencies are seeking before deploying the technologies. The senators also asked whether agencies are taking out warrants in order to deploy these new techniques. "Privacy of the home is at the core of the Fourth Amendment," the two wrote. "More than a decade ago, the US Supreme Court decided that the use without a warrant of thermal imaging equipment that could detect activity inside a home violated the Fourth Amendment."

“Similarly, in 2013, the Court found a Fourth Amendment violation when police brought a drug-sniffing dog onto an individual's front porch without a warrant. Unsurprisingly, the US Court of Appeals for the Tenth Circuit recently noted the ‘obvious’ and ‘grave’ Fourth Amendment concerns associated with the use of the radar technology that is the subject of this letter.” Grassley and Leahy also wondered what other technology law enforcement is using that could have serous privacy implications.