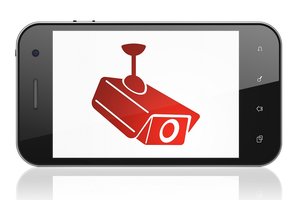 The document, obtained by NSA whistleblower Edward Snowden, included in a trove of Snowden material released by Der Spiegel on January 17, outlines a secret program run by the intelligence agencies called BADASS.

According to the analysis of the document, intelligence agents applied BADASS software filters to streams of intercepted internet traffic, plucking from that traffic unencrypted uploads from smartphones to servers run by advertising and analytics companies. Programmers frequently embed code from a handful of such companies into their smartphone apps because it helps them answer a variety of questions: How often does a particular user open the app, and at what time of day? Where does the user live? Where does the user work? Where is the user right now? What’s the phone’s unique identifier? What version of Android or iOS is the device running? What’s the user’s IP address? Answers to those questions guide app upgrades and help target advertisements, benefits that help explain why tracking users is not only routine in the tech industry but also considered a best practice.

For users, however, the smartphone data routinely provided to ad and analytics companies represents a major privacy threat. When combined together, the information fragments can be used to identify specific users, and when concentrated in the hands of a small number of companies, they have proven to be irresistibly convenient targets for those engaged in mass surveillance. Although the BADASS presentation appears to be roughly four years old, at least one player in the mobile advertising and analytics space, Google, acknowledges that its servers still routinely receive unencrypted uploads from Google code embedded in apps.

For spy agencies, this smartphone monitoring data represented a new, convenient way of learning more about surveillance targets, including information about their physical movements and digital activities. It also would have made it possible to design more focused cyberattacks against those people, for example by exploiting a weakness in a particular app known to be used by a particular person. Such scenarios are strongly hinted at in a 2010 NSA presentation, provided by agency whistleblower Edward Snowden. That presentation stated that smartphone monitoring would be useful because it could lead to “additional exploitation” and the unearthing of “target knowledge/leads, location, [and] target technology.”

The 2010 presentation, along with additional documents from Britain’s intelligence service Government Communications Headquarters, or GCHQ, showed that the intelligence agencies were aggressively ramping up their efforts to see into the world of mobile apps. But the specifics of how they might distill useful information from the torrent of internet packets to and from smartphones remained unclear.