Chief Executive Officer Eugene Kaspersky said in an interview that hackers are opening new horizons: having learnt how to break into Apple Inc.’s iPhones they may target smart televisions next. 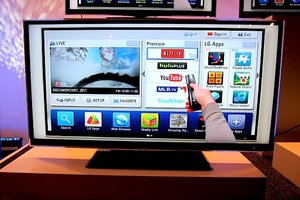 In the nearest future, hackers will be able to interfere with smart TVs (the latest generation of TVs that are connected to the Internet) and require users to send a paid text message to get them unlocked, Kaspersky predicts.

Cybercriminals may also seek to steal money from online movie accounts or use the TV’s camera to record what users are doing. “There are a lot of different Trojan viruses that can penetrate an iPhone when it’s connected to a computer and Smart TVs would be the next step,” he said.

Hackers are boosting attacks on targets ranging from corporate computer networks to individual smartphones for data that could help steal money from user accounts. Those attacks are extending from Microsoft Corp.’s Windows-run computers and Google Inc.’s Android-based smartphones to platforms including Apple’s iOS. An Apple spokeswoman declined to comment.

We no longer require stationary desktop computers to access the Internet, but instead can reach the web through our laptops, smartphones, tablets and now, televisions. Smart TVs are one of the latest additions to the family of fun gadgets millions of people have their eyes on, but are they secure?