When throwing tantrums kids should be given time to calm down on their own rather than distracted with smartphones and tablets. It might be tempting to hand over an iPad to a screaming child when all else has failed to calm them down. 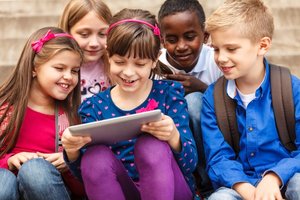 But child psychologists say it may be stunting youngsters' emotional development, because they do not learn how to control their emotions. But this is really just the beginning.

Researchers at Boston University School of Medicine in the USA found that children need to find ways of self-regulating their feelings rather than masking them with distracting programmes or games. Clinical instructor in Developmental-Behavioural Pediatrics Dr Jenny Radesky said: "Mobile devices are everywhere and children are using them more frequently at young ages. The influence these mobile devices are having on the behaviour and development of children is still relatively unknown. Children even present unique security risks when they use an iPad.

It has been noticed that increased television time decreases a child's development of social skills and language. Mobile media use similarly replaces the amount of time spent engaging in direct human-human interaction. "If these devices become the predominant method to calm and distract young children, will they be able to develop their own internal mechanisms of self-regulation?"

Researchers found that interactive media, such as electronic books and learn-to-read applications can be useful in teaching vocabulary and reading comprehension, but only in children preschool-age or older. Nevertheless, while mobile devices use by kids can provide an educational benefit, if they are used to distract youngsters during mundane tasks may be detrimental to the social and emotional development of the child. 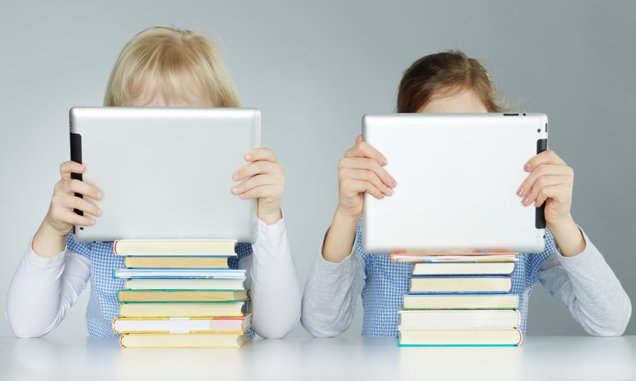 Dr Radesky added: "Heavy device use during young childhood could interfere with development of empathy, social and problem solving skills that are typically obtained by exploring, unstructured play and interacting with friends. These devices also may replace the hands-on activities important for the development of sensorimotor and visual-motor skills, which are important for the learning and application of maths and science."

The research also showed that tablets, eBooks and apps are wasted on children under two-and-a-half and are most effective when used with parents. Infants and toddlers will still learn best through hands-on, face-to-face experiences with adults. "At this time, there are more questions than answers when it comes to mobile media," said Dr Radesky. "Until more is known about its impact on child development quality family time is encouraged, either through unplugged family time, or a designated family hour."

Last year researchers warned that rising numbers of children are unable to perform simple tasks such as using building blocks because of overexposure to iPads. They called on parents to crackdown on tablet computer use and even turn off Wi-Fi at night to address the problem.