In the first half of this year, tweets will start to be visible in Google’s search results as soon as they’re posted, thanks to a deal giving the Web company access to Twitter’s firehose, the stream of data generated by the microblogging service’s 284 million users. 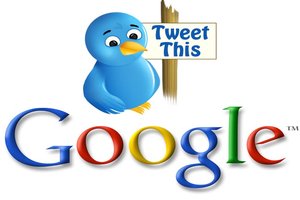 Twitter has struck a deal with Google in order to make its 140-character updates more searchable online. Google previously had to crawl Twitter’s messenger and site and messenger for the information, which will now come automatically from Twitter.

Engineers from Twitter and Google are already working on the arrangement. The two companies had a similar deal from 2009 to 2011. Ali Rowghani, Twitter’s former chief operating officer, had been against renewing the agreement to keep more control over Twitter’s content and it lapsed. The Twitter agreement underscores the progress that Twitter Chief Executive Officer Dick Costolo is making in getting tweets seen by more non-users and generating more advertising revenue from a larger audience.

There’s no advertising revenue involved in the deal between Twitter and Google. Twitter will receive data-licensing revenue, which was $41 million in the third quarter, up from $16 million a year earlier.

Anthony Noto, Twitter’s chief financial officer, said at the company’s analyst meeting in November that it had been working to make tweets easier to find through search engines, and that negotiating with search providers could be a “unique opportunity” to distribute tweets to more people.