The web search giant has been recruiting moderators around the globe in order to help prevent YouTube from being hi-jacked for propaganda by militants. The search giant will not disclose the number of new staff. To deal with the problem it has Arabic speakers in every time zone now. 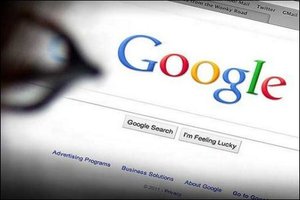 The 22-minute film of Jordanian pilot Moaz al-Kasasbeh being burned alive was first uploaded to YouTube, where it remained for a number of hours before moderators removed it.

However, by that time, images were already being circulated on Twitter messenger. A counter-extremism think-tank Jonathan Russell said the tactic has had a major effect in helping Islamic State to radicalise new followers. So terrorists may upload to YouTube any videos with pirate content and that is the matter. Mr Russell welcomed Google's decision to take action, saying that the American technology giant was among a number of major technology companies that had started taking more action against pirate content in the last six months.

Hen said: “They want to show that they're sticking it to the man, that they're fighting the West, and that they are willing to use violence. They want to show that they're not scared and that people are scared of them. People are flocking to IS because it is winning the branding war among jihadis. In every other sense [apart from violence], they act like a multinational corporation. Guidelines ban YouTube users from uploading videos that 'incites others to commit violent acts, but it does not filter content before it goes online. Instead, the general public can flag up controversial content.”

The company has also handed special powers to users such as the Home Office, which reliably flag extremist and pirate content, making it easy for them to report hundreds of controversial videos at a time. Google's army of moderators then comb through the content and decide whether it is suitable for YouTube, whether it needs to be removed, or censored with a warning or age-barrier.

It allows 'graphic violence' to remain on the site if it is deemed to have enough documentary value - for example as a news source - but it deletes the most extreme footage and bars any accounts run by terrorist groups. A spokesman said: “YouTube has clear policies, and we remove videos violating these policies when flagged by our users.”