An American teenager was arrested after emoji threats

Emojis are words too at least police think so. Every word, every picture and, indeed, every emoji smile could mean something. Or it could mean nothing at all. Some might see them as a very modern, exalted form of digital cursive script. 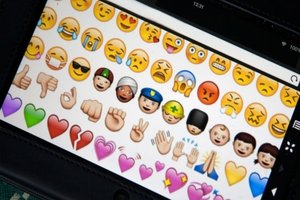 That seems to be the view of the New York Police Department, after it viewed the Facebook page of 17-year-old. Despite his young age, Aristy apparently has something of a police record, with 12 arrests, according to DNAInfo, for alleged offenses including criminal possession of a weapon, robbery and assault.

Aristy posted images of himself with guns and words such as: "feel like katxhin a body right now." However, as DNAInfo says, he also posted images of little gun emojis pointing at little emoji heads of police officers. His Facebook page was, it seems, part of routine police surveillance. When the emojis and message were spotted, Aristy became an arrestee. And among the charges is making terrorist threats, according to DNAInfo. The publication goes on to say that the criminal complaint offers this: "As a result of this conduct, the defendant has caused the informant and other New York City police officers to fear for their safety, for public security, and to suffer alarm and annoyance."

Inspector Maximo Tolentino of the 83rd Precinct told DNAInfo: "You make a threat on the internet, we're going to be watching." I have contacted the 83rd Precinct seeking comment and will update, should I hear. One of the offending posts read: "N**** run up on me, he gunna get blown down." This was accompanied by the emoji of a police officer's head and then three enojis of a gun pointing in the head's direction.

The police also told that Aristy had posted a selfie with his gun in the waistband of his pants. There's surely an ever heightened awareness of social media threats to the police after the heinous murder of two officers in New York last month. The alleged culprit had previously made threats to the police on his Instagram account.

Aristy's lawyer, Fred Pratt, insists that his client meant no harm. He told DNAInfo: "I understand that people found what he said distasteful and uncomfortable, but he never threatened to take action against police." How can the police or anyone tell whether a social media threat is real or not? So a lot of people use social media to vent, rant and generally attempt to impress anyone who might be bothered to listen.

How much time must officers now spend scouring the ill-thought-out (or not) postings of suspicious (or not) individuals in order to identify real threats? Pratt's lawyer is using this very argument: How can the police tell? With the hundreds of millions now posting to Facebook and many other sites, there's an infinity of possibilities, an infinity of potential danger.