Are you afraid of free messenger apps, mobile devices, computers and tablets that may spy on you? Why worry about Big Brother? It's your big Samsung TV that's watching you. Oh, and listening to you. 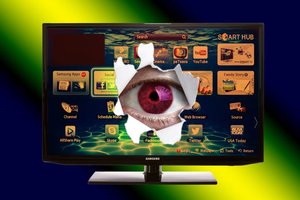 It concerns the voice-recognition feature, vital for everyone who finds pressing a few buttons on their remote far too tiresome. The company may "capture voice commands and associated texts so that we can provide you with Voice Recognition features and evaluate and improve the features."

This is almost understandable. It's a little like every single customer service call, supposedly recorded to make your next customer service call far, far more enjoyable. However, the following words border on the numbing: "Please be aware that if your spoken words include personal or other sensitive information, that information will be among the data captured and transmitted to a third party through your use of Voice Recognition." A Samsung spokeswoman told: "Samsung takes consumer privacy very seriously. In all of our Smart TVs we employ industry-standard security safeguards and practices, including data encryption, to secure consumers' personal information and prevent unauthorized collection or use."

But what might be authorized and by whom? Samsung's spokeswoman continued: "Should consumers enable the voice recognition capability, the voice data consists of TV commands, or search sentences, only. Users can easily recognize if the voice recognition feature is activated because a microphone icon appears on the screen."

Now we must look for little microphone icons to check whether we're being listened to. As for the third parties mentioned in the privacy policy, Samsung explained it to me like this: "Samsung does not retain voice data or sell it to third parties. If a consumer consents and uses the voice recognition feature, voice data is provided to a third party during a requested voice command search. At that time, the voice data is sent to a server, which searches for the requested content then returns the desired content to the TV." 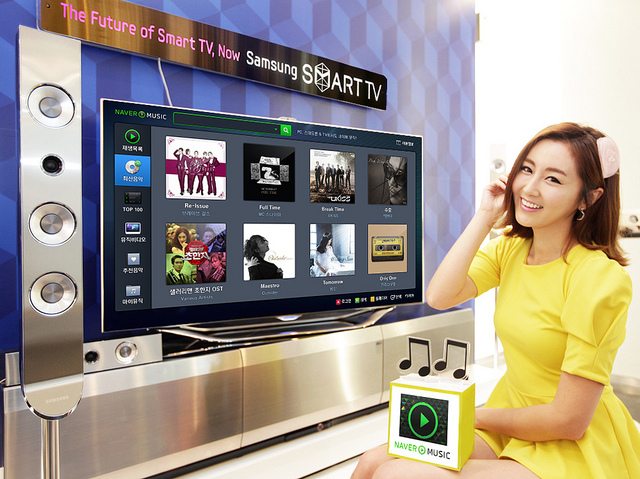 One imagines this is simply one more small step for mankind toward ultimate electronic envelopment, which some see as a very good thing. This is about making the Internet of Things and the merely one more thing in making your life easier. There are so many devices that make your life lazier and seemingly less safe and private. So can you be sure in a smart TV?

Clearly, this isn't the only option for those intent on a SmartTV. You can disable the full panoply and stick to a series of already-defined voice commands. However, this still brings with it stipulations such as "While Samsung will not collect your spoken word, Samsung may still collect associated texts and other usage data so that we can evaluate the performance of the feature and improve it."

All right, you cry, I'll switch voice-recognition data off altogether. This will result in "You may disable Voice Recognition data collection at any time by visiting the 'settings' menu. However, this may prevent you from using all of the Voice Recognition features." As Samsung's spokesperson explained to me: "Voice recognition, which allows the user to control the TV using voice commands, is a Samsung Smart TV feature, which can be activated or deactivated by the user. The TV owner can also disconnect the TV from the Wi-Fi network."

You might imagine that other SmartTV manufacturers would have similar controls and stipulations. If a product can listen and record something, it's likely it will. We have all agreed to this. We click on "I agree" with no thought of consequences, only of our convenience. It isn't just your TV that will listen and record. Soon, it'll be everything that has a digital connection. This is our digital bed. We lie in it willingly.