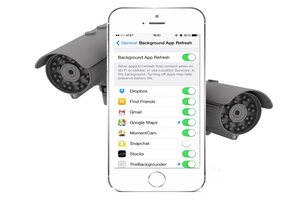 The alarm over potential security risks from Apple products has raised, infected iOS devices aren't secure. Two pieces of malware have been found, both intended for spying purposes. One of them is called XAgent and the other took its name from a legitimate game in iOS world.

The researchers from Trend Micro determined that the two samples were related to Sednit, a piece of malware employed on Windows by the threat actor behind Operation Pawn Storm. XAgent includes a host of abilities, such as stealing text messages, contact lists, retrieving pictures, gathering geo-location details, initiating voice recording, getting a list of installed apps and running processes, as well as checking the current WiFi status.

All the data collected by the spyware can be uploaded to a remote server via FTP communication. According to a blog post from Trend Micro, the command and control (C&C) server contacted by both pieces of malware was still up and running. It seems that XAgent was created for iOS versions earlier than 8, because on the latest build of the mobile operating system the spyware is completely conspicuous: its icon is visible on the affected device and its process is incapable of restarting if terminated. On iOS 7, on the other hand, the malicious tools hide their icon and run in the background; also, their process is immediately restarted at any attempt to terminate it.

MadCap, the second piece of spyware discovered, is more interested in capturing audio information, explains Trend Micro. However, the malware cannot run on non-jailbroken devices. As far as the distribution method is concerned, the researchers observed that XAgent was installed using an ad hoc provisioning profile, which is intended for iOS developers to test their apps in a real-world environment before general release.

It is a restrictive distribution method that allows up to 100 devices to be registered by the developer, but it has the advantage that no security gates are in place, other than an approval from the user for adding the app to the device. The lure can be any link pointing to a service that installs the software over the network, and which is controlled by the threat actor. “There may be other methods of infection that are used to install this particular malware. One possible scenario is infecting an iPhone after connecting it to a compromised or infected Windows laptop via a USB cable,” researchers say.