Activist group Anonymous has disabled dozens of Islamic State Twitter accounts, it believes are used to recruit fighters. In an online post titled '#OpISIS' the group lists the Twitter handles of 90 users it has ‘taken offline’ and claims these they are just some of the accounts removed by its team. 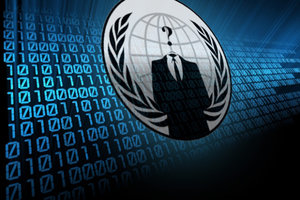 The group also lists the full URLs of 12 Facebook users it says are suspected to have been in contact with terrorists in Syria and Iraq, to “keep an eye on”. Most of the accounts listed are currently suspended or unavailable.

Anonymous warning to Isil, detailing plans to systematically erase and expose their extremist affiliates was issued in their online statement: “We will hunt you, Take down your sites, Accounts, Emails, and expose you... From now on, no safe place for you online... You will be treated like a virus, And we are the cure...” The comments were posted on Pastebin - a website used by Anonymous and other hackers to post hacker news. Anonymous reminded that members of their collective hail from religions and countries were all over the world.

They signed off with the promise that there is “More to come soon”. It should be mentioned that Anonymous hackers have carried out a number of high-profile cyber attacks in recent months. Earlier Anonymous activists promised to disrupt the city's activities following the passing of local laws outlawing the feeding of homeless people.