Apple's ambitions equal to the size of driverless cars

Apple Inc. has revolutionized music and phones. Now it is aiming at a much bigger target: automobiles. The Cupertino, Calif., company has several hundred employees working secretly toward creating an Apple-branded electric vehicle. 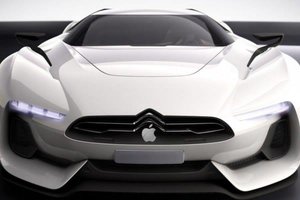 The project, code-named “Titan,” initially is working on the design of a vehicle that resembles a minivan, one of the people said. An Apple spokesman declined to comment.

Apple ultimately could decide not to proceed with a car. In addition, many technologies used in an electric car, such as advanced batteries and in-car electronics, could be useful to other Apple products, including the iPhone and iPad. Apple’s industrial design team is staffed with several people who have experience at European auto makers. Last year, Apple hired Marc Newson, a famous industrial designer and close friend of the company’s design guru, Jony Ive. In the past, Mr. Newson created a concept car for Ford Motor Co.

Apple hopes to put its stamp on the electric vehicle market in the same way it did the smartphone with its iPhone, said a person familiar with its work. Even though Apple defied expectations of slowing growth with a 30% rise in revenue in the quarter ended December, the company is under constant scrutiny of where its next breakthrough product will come from.

Apple often investigates technologies and potential products, going as far as building multiple prototypes for some things that it won’t ever sell. Apple car would take several years to complete and obtain security certifications. But the size of the project team and the senior people involved indicate that the company is serious, these people said. Apple executives have flown to Austria to meet with contract manufacturers for high-end cars including the Magna Steyr unit of Canadian auto supplier Magna International Inc. A Magna spokeswoman declined to comment. 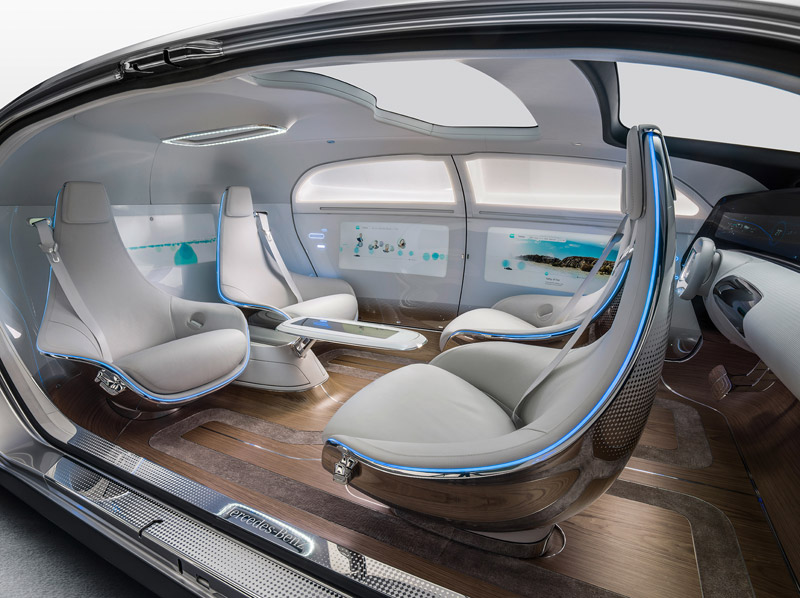 Other Silicon Valley giants are looking at autos. Google Inc. has been working on a self-driving car for years. The head of Google’s autonomous vehicle project said last year that the company aims to forge a partnership with auto makers to build a self-driving car within the next few years. A self-driving car is not part of Apple’s current plan, one of the people familiar with the project said. “There are products that we’re working on that no one knows about,” Chief Executive Tim Cook told interviewer Charlie Rose in September. “That haven’t been rumored about yet.”

Earlier, Mr. Cook said at an investor conference that he does not believe that companies naturally start to slow as their revenue grows. He said this was “dogma” and that Apple didn’t believe in putting limits on what it was capable of. A side benefit of the project, according to one of the people, is that it has persuaded many Apple employees who were thinking of leaving the company to stay and work on an exciting new endeavor without the pressure of churning new products every year.

Building cars is capital intensive, costing hundreds of millions of dollars for design, tools and production and certifications. Auto makers also must help ramp up a supply network for the thousands of components that go into a vehicle. Battery-powered cars add another dimension. Tesla Motors Inc., for instance, has seen losses widen amid rising expenses to build an electric sport-utility vehicle. It expects to spend $1.5 billion on capital expenditures and R&D this year.

Mr. Cook approved the safe apple car project almost a year ago and assigned veteran product design Vice President Steve Zadesky to lead the group, the people familiar with the matter said. Mr. Zadesky is a former Ford engineer who helped lead the Apple teams that created the iPod and iPhone. Mr. Zadesky was given permission to create a 1,000-person team and poach employees from different parts of the company, one of the people familiar with the matter said. Working from a private location a few miles from Apple’s corporate headquarters in Cupertino, the team is researching different types of robotics, metals and materials consistent with automobile manufacturing, the people said.

In September, Apple hired Johann Jungwirth, who had been the president and chief executive of Mercedes-Benz Research and Development North America, which has operations in Sunnyvale, Calif., near Apple’s campus, according to his LinkedIn profile. Dozens of Apple employees are researching automotive products, citing people familiar with the company. Over the past 15 years, Apple has built a track record of upending industries. Its iPod music players and iTunes service accelerated the shift to digital music. The iPhone established the smartphone market and changed the notion of mobile computing. Apple plans to introduce its Apple Watch in April, which the company hopes will create a market for wearable devices.

Manufacturing a car is enormously expensive. A single plant usually costs well over $1 billion and requires a massive supply chain to produce the more than 10,000 components in a car. Elon Musk , chief executive of electric-car maker Tesla, complained last fall that it is “really hard” to make a car amid the company’s struggle to ramp up production of its Model S sedan. The expense is a barrier to entry to many potential competitors, but would be less of a hurdle for Apple, which reported holding $178 billion in cash as of Dec. 27, 2014.

Tesla was able to ramp up its manufacturing quickly and relatively cheaply by buying a former Toyota Motor Corp. factory in Fremont, Calif., for $42 million in 2010. Tesla has since invested hundreds of millions of dollars to tool up the factory and still only produced 35,000 vehicles in 2014. Auto makers tend to operate their own factories. For years, Apple has relied on contract manufacturers to build its products. That has helped Apple keep a lean supply chain and reduce inventory exposure. Apple has been working with auto makers on bringing its software expertise into the car. More than two dozen auto makers plan to use its CarPlay service, which allows a driver to access Apple services like iTunes music, maps and Siri through the vehicle’s dashboard information system.