Apple creates its own virtual reality

Apple has won a patent for a headset that slots the iPhone in front of the eyes, sparking speculation that it might be preparing to compete in the rapidly developing virtual reality market with Oculus Rift, Samsung’s Gear VR and Google’s Cardboard. 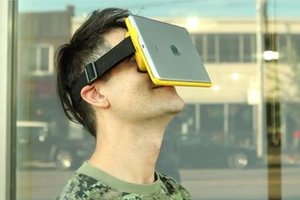 The patent for a wireless “head-mounted display” which could be used to “view media” follows a string of job advertisements on Apple’s website seeking engineers with experience in developing virtual reality apps.

In two job postings in November and again last week, Apple said it was seeking software engineers to “create high performance safe apps that integrate with virtual reality systems for prototyping and user testing”. Another recent pair of ads for “VR/AR programmers” sought candidates with “a proven track record in virtual and augmented reality” to “enable development of Apple’s next generation of products”. Further job postings invited applications from developers for “state of the art physics-based world simulation, visuals and virtual reality” with experience in developing for the Oculus Rift VR headset. Apple did not comment on the VR patent application or job ads. 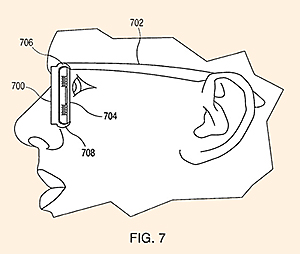 The company regularly researches new technologies which do not always result in a new Apple gadget being launched. Apple is one of the few leading smartphone players that has not yet launched a product in the VR market, which has gained increased industry attention since Facebook’s $2bn acquisition of Oculus VR last year but has not yet seen mainstream consumer uptake.

Google released its Cardboard headset, for use with Android-based smartphones, at its developer conference last year and plans to release a version based on Mattel’s View-Master toy later this year. Samsung’s Gear VR, which uses its Galaxy Note 4 smartphone as a screen and was developed in partnership with Oculus, went on sale in US electronics retailer Best Buy last month. Images accompanying Apple’s patents show an iPhone slotting into a headset that rests on the nose and ears and can be worn like a pair of glasses. 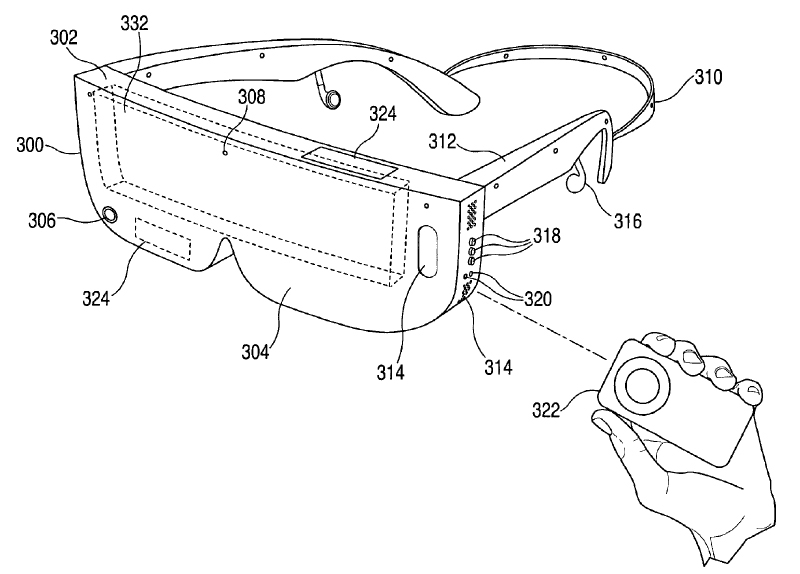 A headset connected by wires to a PC “may be inconvenient and cumbersome”, the patent explains. Using an iPhone or iPod as a screen reduces cost, size, weight and complexity of such a device, it adds. A very similar smartphone-based system is used by Samsung’s Gear VR and Google Cardboard but the patent was originally filed in 2008, long before Oculus revived interest in VR when it raised $2.4m on Kickstarter in 2012. Apple’s top designer Sir Jonathan Ive dismissed the idea of headsets such as Google Glass, saying the face was the “wrong place” to put everyday technology.

Ben Bajarin, technology and security analyst at Creative Strategies, said that Apple files lots of patents, which could be used to improve an existing product rather than create something new. Alongside the secret electric car project, Apple’s experimentation in VR “reaffirms this idea that they are thinking 20 to 30 years from now out, not two”, Mr Bajarin said. “I’m sure they’ve worked on pretty much everything we could imagine . . . The world’s their oyster.”