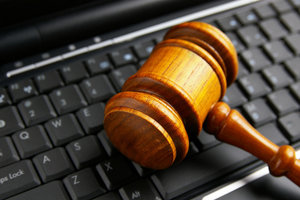 Unhappy customers are now dragging the company to court on the matter. A proposed class-action suit was filed late last week against Lenovo and Superfish, which charges both companies with “fraudulent” business practices and of making Lenovo PCs vulnerable to malware and malicious attacks by pre-loading the adware.

The lawsuit was filed after Lenovo admitted to pre-loading Superfish on some consumer PCs. The laptops affected by Superfish include non-ThinkPad models such as G Series, U Series, Y Series, Z Series, S Series, Flex, Miix, Yoga and E Series. Plaintiff Jessica Bennett said her laptop was damaged as a result of Superfish, which was called “spyware” in court documents.

Lenovo earlier admitted it “messed up” by preloading Superfish on computers. The software plugs product recommendations into search results, but can hijack connections and open major security holes, thus leaving computers vulnerable to malicious attacks. Superfish also used memory resources and took up Internet bandwidth, according to the court document. Damages from Lenovo and Superfish are being sought as part of the lawsuit filed in the U.S. District Court for the Southern District of California. A Lenovo spokesman declined comment on the lawsuit.