Belarus bans Tor and other anonymizers

Belarus has moved to block access to all Internet anonymizers in the country, including Tor. The country's Communications Ministry published a new decree that mandates how access to certain online resources should be limited by Internet providers at the request of the state. 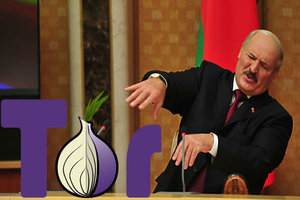 Some of the limitations deal directly with anonymizing services.

The state inspection, upon discovering Internet resources, anonymizing services (proxy-servers, anonymous networks like Tor and others), that allow Internet users to access online resources whose identifiers are included on the limited access list, will add the identifiers of these Internet resources and anonymizing services to the list as well. Tor is an open network that helps people defend against traffic analysis, a form of network surveillance that threatens personal freedom and privacy, confidential business activities and relationships, and state security.

Internet users typically use anonymizing services to circumvent government censorship and reach online resources banned inside Belarus, including many of the opposition websites. Tor statistics indicate that anywhere between 6,000 and 8,000 users in Belarus use Tor directly on a daily basis, with more connecting through bridges.

According to Anton Nesterov, an anticensorship activist, in order to prevent access to Tor, officials will likely attempt to block the so-called guard nodes, the first nodes in the circuit through which a user would connect to route encrypted traffic further. “They can just block torproject.org and stop there, but if they talk about blocking Tor, blocking nodes is what it means,” says Nesterov.

Russia has also been considering a ban on VPNs and anonymizers. At the start of February, Leonid Levin, an MP heading the parliamentary committee on information security policy and communications, suggested that access to anonymization and circumvention tools such as Tor, VPNs, and proxy-servers needs to be restricted.