The Highway Code will be adapted for driverless cars

The government has unveiled the driverless cars that will be tested on the roads of the United Kingdom, but admits that changes in the Highway Code and MOT will be needed before any full rollout. 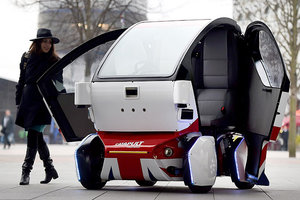 The Department for Transport claimed: “driverless vehicle technology has the potential to be a real game changer on the UK’s roads”. It adds that there is no legal barrier to the tests or even to adoption of vehicles on the roads, in the longer term.

The review gives the go-ahead for several test schemes to begin across the UK on various forms of autonomous car technology. Transport Minister Claire Perry said: “Driverless cars are the future. I want Britain to be at the forefront of this exciting new development, to embrace a technology that could transform our roads and open up a brand new route for global investment.” It could be a while before driverless cars make it to the roads for consumers, however.

A code of practice will be published in the spring for anyone conducting tests - including those funded by the £19 million provided by the government for tests in Greenwich, Bristol, Coventry and Milton Keynes. Regulations will then be reviewed by summer 2017 and international regulations will take until 2018 to be amended. Any trials conducted in the UK will also require drivers on hand to takeover in the case of emergencies.

It also remains to be seen how the government will address criminal liability in the case that a driverless car accidentally (or on purpose) kills someone. Security groups have warned that big changes will be needed across the car industry before the benefits will be seen by the public - who themselves aren’t convinced. In a poll 48% said they would not be passengers in a robot cars. In addition 16% were "horrified" by the idea of driverless cars, while 35% reckoned the project would drive up insurance premiums.

RAC Foundation director Professor Stephen Glaister said: "These trials are not just about harnessing technology to make our travelling lives easy and safe, they also involve getting the regulation right. "Alongside the high-tech innovation you need policy decisions on long-term, low-tech matters such as who takes responsibility if things go wrong. As and when these vehicles become common place there is likely to be a shift from personal to product liability and that is a whole new ball game for insurers and manufacturers."

James Dalton, director of general insurance at the Association of British Insurers, said: "Human error accounts for 90% of road crashes, so the insurance industry supports the development of vehicle technology that improves road safety and security, such as autonomous emergency braking. Driverless car technology has the potential to revolutionise motoring and the insurance industry is working with the Government, technology providers and vehicle manufacturers to consider whether the current regulatory framework needs to be adapted to deal with vehicles of the future, as well as the insurance industry-specific issues that are likely to arise as technology rapidly advances."

Meanwhile John Chuhan, Chief Risk Officer at Alphabet, said that driverless cars could be a dramatic boost for business, opening up 235 hours a year for other tasks while your car gets on with the driving - but again, added they would need extensive testing: “Whilst driverless technology brings many opportunities for drivers and businesses alike, at the same time it brings new challenges and questions around legislation, duty of care, risk and driver training. As a result, it’s imperative that any review of legislation undertaken by the UK government incorporates not only the use of the vehicles for personal use, but business use too.” It should be mentioned that Google’s self-drive cars are ready to hit streets in 2015. The first fully-functioning automated vehicles will be seen on Californian roads.