It’s easy for most Internet users to stay anonymous online and the Chinese government wants to change that. From March 1, China’s Cyberspace Administration will require all users of social media, websites, online forums, and other Web entities that require login to register with their real name using government-verified ID. 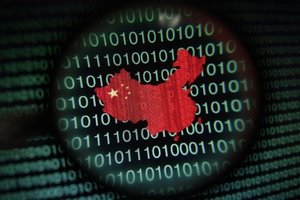 This bold move by the Chinese government represents an expansion of existing Internet restrictions placed on citizens. China is notorious for online censorship with its Great Firewall and has already required ID verification for some social networks.

This new measure, according to an official government statement, is designed to limit supposedly “harmful” rumours spread by pseudonymous accounts and provide network security. According the Cyberspace Administration’s statement, anonymous Internet handles have been used to “spread rumours, disturb public order and disrupt social stability,” and therefore must be banned by websites and Internet providers starting on March 1. The head of the Cyberspace Administrations mobile Internet division, Xu Feng, justified the new policy at a news conference saying it “does not restrict Internet users, instead, it protects their legitimate rights.”

This isn’t the first time the Chinese government has tried to prohibit anonymous accounts. Since 2012, Weibo, the Chinese alternative to Twitter, has required ID verification. “Real name registration is not a new phenomenon by any means,” said Madeline Earp, an analyst with the Internet watchdog group Freedom House. “It’s been a goal of the leadership in China for several years. What’s been difficult has been defining and implementing it.”

Earp says it’s unclear what the real impact of this new policy will be given the difficulty in enforcing online identity verification. Enforcement usually requires dedicated staff and resources that most Internet companies are not willing to spare. “In practice, people find ways around it,” Earp said in a message. According to a government report issued this week, there are now 557 million Internet users in China. If accurate, this means nearly half the country is now online, raising the stakes for a government that is famously restrictive of online activities.

It should be mentioned that China will soon have the world's most secure major computer network, making communications between Beijing and Shanghai impenetrable to hackers and giving it a decisive edge in its quiet cyberwar with the United States.