What’s the cost of removing the effects of DDoS attacks?

DDoS attack on the online resource of the company entails the loss in average size from 52 to 444 thousand dollars depending on the size of the company – these data were obtained during the survey conducted by Kaspersky Lab and B2B International. 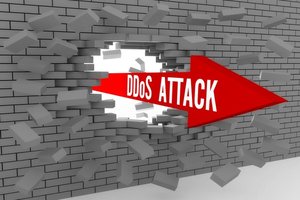 Costs associated with the elimination of the consequences of such attacks are also added reputational losses and costs caused by the inaccessibility of public online resource for partners and customers.

Designed by experts losses include several articles. According to the study, 61% of the affected companies temporarily lost access to business-critical information due to DDoS (Distributed Denial of Service) attacks, 38% were unable to perform their major activity, and 33% reported loss of business opportunities and contracts. In addition, 29% of the successful attacks had a negative impact on the credit rating, while 26% of companies increased insurance premiums.

In an average amount of damage from DDoS attacks have included the cost of elimination of the consequences of the incident. For example, 65% of companies were forced to use the services of consultants in information security, 49% had paid work on its own IT infrastructure, 46% was applied to lawyers, and 41% to the consultants on risk management. And this is only the most common items of expenditure.

DDoS attacks have always been among the most common on the Internet, using hijacked and virus-infected computers to target websites until they can no longer cope with the scale of data requested. According to earlier research DDoS cyber attacks get even bigger, smarter, and more damaging.