Requests from governments for people’s Facebook account data were overall on the rise in the second half of 2014, though they declined in the USA and Germany. 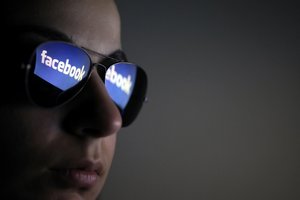 The total number of requests rose slightly to 35,051, up from 34,946 in the first half, Facebook said in a post on its updated Global Government Requests Report.

The vast majority of requests relate to criminal cases including robberies and kidnappings, the social networking company said. In many of the cases, the government was seeking basic subscriber information such as name and registration date. In others, law enforcement also sought access to IP address logs or account content. Facebook said it responds to valid requests relating to criminal cases but emphasized that it has strict guidelines in place to deal with all government data requests. Each and every request is checked for legal sufficiency, it said, adding that it rejects or requires greater detail on requests that are overly broad or vague.

The number of requests was also on the decline in Germany, where Facebook received 2,132 requests in the second half of last year, down from 2,537 in the first half. The actual number of requests in the USA may have been higher, as the report did not include certain types of national security requests by the U.S. government. The reporting of these national security requests is subject to a six-month reporting delay as mandated by the U.S. government, Facebook said.

In other parts of the world the number of requests increased, notably in India, where the total number rose from 4,559 in the first half to 5,473 in the second half of 2014. In India, data was provided in less than 45 percent of cases. The total number of requests also rose slightly in the U.K. to 2,366, up from 2,110 in the first half of last year.

The amount of content Facebook had to block in certain countries for violating local law increased 11 percent. In the second half of last year the social network restricted access to 9,707 items of content, up from 8,774. Content restrictions were on the rise in Turkey and Russia, but on the decline in Pakistan, according to Facebook.

The network will only block content in a country after careful legal review. It will, for example, restrict content denying the Holocaust in Germany as its denial is illegal in that country, it said. It is the fourth time Facebook provided details on government data requests and content restrictions. The company vowed to keep scrutinizing every request and said it will push back in case of any deficiencies.

Can you trust Facebook that made users sign up for a new privacy policy that allows it to track users everywhere on the Internet even when they are not on Facebook? New policy allows it to gather data about you, from across the internet. And in addition to the normal data it generally gathers when you post something or add friends to your network. Ever feel misunderstood by colleagues, friends or even your spouse? Perhaps a computer, with a little help from your social networking profile, will be able to figure you out. A computer model based on an analysis of what people “like” on Facebook is a better judge of an individual’s personality than those closest to them. Do you believe that knowing so much about you, Facebook won’t share it with the government if needs be?