Twitter has new plans: your life is not a secret anymore

Imagine you are travelling by plane to see your newborn grandchild. As you board the aircraft, the cabin crew address you by name and congratulate you on the arrival of a bouncing baby boy. On your seat, you find a gift-wrapped blue rattle with a note from the airline. 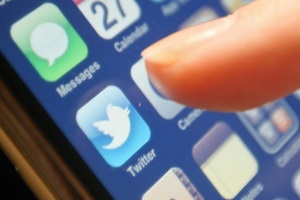 Computer systems are already aggregating trillions of tweets from the microblogging site, sorting and sifting through countless conversations, following the banter and blustering, ideas and opinions of its 288 million users in search of commercial opportunities.

In Twitter data strategy chief Chris Moody’s vision of the future, companies surprising their customers like this could become an everyday occurrence – made possible because Twitter is listening. It is not only commercial interests that are mining the data. Academics are using it to gauge the mood in a football crowd, and trying to shed light on whether Premier League players such as Manchester United’s Radamel Falcao are overpaid – with a team of researchers from Reading, Dundee and Cambridge universities testing whether top-flight footballers’ salaries are related purely to performance on the pitch or can be boosted by popularity on social media.

Selling data is as yet a small part of Twitter’s overall income – $70m out of a total of $1.3bn last year, with the lion’s share of cash coming from advertising, but the social network has big plans to increase that. Its acquisition of Chris Moody’s analytics company Gnip for $130m last April is a sign of that intent.

Google and Facebook have built their businesses around sharing data, but their control of our private and public information and security have become a source of huge controversy. Moody acknowledges it is an area fraught with ethical and reputational risk: “One of the questions we get asked is: how do we ensure that we are not being creepy?” Context, he believes, is the key.

“Twitter gives this fascinating ability to understand people in context like we’ve never been able to do before. It’s not ‘I know that Chris Moody is a 48-year-old male’ – which is how we’ve thought about marketing in the past – but ‘I understand that Chris Moody is dealing with the death of a parent because he’s talking about it on this public platform’,” he said, adding that a Twitter user has in effect said: “I’ve stepped up to the microphone and I’ve said I want the world to know that this thing is happening in my life.”

Moody is the man with his hands on what is called Twitter’s “firehose”, the relentless datastream of half-a-billion posts produced each day. His mission is to market this torrent to companies such as IBM, Oracle and Salesforce.com, and marketing specialists like Klout, who will repackage and sell the data on to other companies to help them market to and manage their customers.

But do all Twitter users imagine they are addressing the world, or the corporations that want to listen in to their conversations? For many, their audience is their followers – the online community that shares their interests and opinions. Twitter account holders cannot choose who follows them, but they can shape their following by blocking or muting nuisance or abusive users. Using a hashtag, or addressing another user directly through via Twitter handle can be seen as, respectively, signals that the writer of a tweet intended it for a wider audience, or wanted direct contact with an individual or organisation. Should Twitter take these subtleties into account when distributing its data?

Moody thinks not. “Most people realise they can’t control their followers. Ours is the conversation of an individual to the world. We are very fortunate in that way: many social platforms don’t have that.” Twitter can match its users to a company’s database of customers to provide targeted advertising. Profiles are matched, for example, by using emails. An insurance company that knows your home cover is about to expire might then use Twitter to send a direct advertisement, for example. It also resells data for other social networks, including photo-sharing site Tumblr and local directory Foursquare.

“You bring your data to us and we will ensure that your customers, if they exist on Twitter – we can provide advertisements to them. It’s done in a completely anonymised fashion, so we are not sharing private information.” When Apple unveils the next iPhone later this year, Moody suggests Samsung could listen in to Twitter to help it single out customers who are thinking of ditching Apple and switching brands. It could also identify the phone features that most attract them, and use that information to design and target real-time advertising.

Research that could benefit the public sector has been made easier by a data grants programme, launched last February, that gives academics free access to the data “firehose”. As well as the UK study on footballers, other examples include Harvard University using it to track down the sources of food poisoning. The University of Wollongong is using it to track flooding in Indonesia and tweet information about the best routes out of affected areas.

Moody’s says geolocation and programs that scan for aggressive or negative reactions could be used to monitor football crowds. In this way, tweets could help gauge the reaction of fans during and after a match, helping police decide where to deploy resources in combating domestic violence or public disturbance. He is careful to stress that the information is about the crowd – not a means for police to target individual fans.

Twitter does not share the content of direct messages (DMs), which are hidden from everyone except the sender and recipient. But readers of Twitter’s privacy policy should be left in no doubt that the company considers all their other musings entirely public property. It warns: “What you say on Twitter may be viewed all around the world instantly.”

In this particular case we recommend you to read “Privacy policy”, you shouldn’t give your personal information to social networks. Be on the alert and use services that provide the highest level of security when transmitting personal and important data.
Tags:
Twitter surveillance
Source:
The Guardian
1948
Other NEWS
3 Jul 2020