Twitch, the game streaming website, has been hacked and users’ details have been compromised. 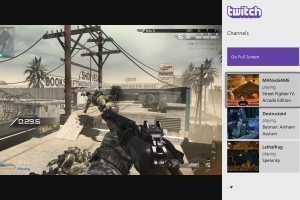 Users’ accounts have been reset and it does not seem that any credit card or other financial information has been made available.

But passwords do appear to have been leaked and the company recommends that users reset their details on any site where they use the same password. It means that Twitch website security became very vulnerable. Last research claims that mobile app developers are not investing in security. Users this morning received emails telling them that “there may have been unauthorized access to some of your Twitch user account information, including possibly your Twitch username and associated email address, your password (which was cryptographically protected), the last IP address you logged in from, and any of the following if you provided it to us: first and last name, phone number, address, and date of birth.”

Twitch was bought by Amazon in August 2014, beating out Google. The site allows users to stream pictures from their games live, allowing visitors to the site to watch feeds of professional gamers. The deal was worth $970 million, and some analysts have said that the fast-growing industry could eventually be “bigger than Hollywood”.