Google was granted a patent for their smart contact lens

Google was granted a patent related to the manufacturing of contact lenses. This comes at a time when the company’s approach to Glass is in something of a transition. 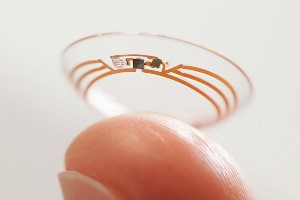 Google pulled the plug on the first phase of Google Glass earlier this year, but has maintained that the project is not dead. They’ve just kind of taken it back to the drawing board. Reports have been circulating about executive chairman Eric Schmidt saying that Glass is a “big and very fundamental platform for Google.”

“We ended the Explorer program and the press conflated this into us canceling the whole project, which isn’t true,” he was quoted as saying. “Google is about taking risks and there’s nothing about adjusting Glass that suggests we’re ending it.” Before we get too far ahead of ourselves, Google does already make smart contact lenses that are not part of the Glass program. Early last year, the company made the announcement. Google’s current contact lenses are related to health – specifically keeping glucose levels under control for diabetics.

Last summer, Google partnered with Novartis to develop the lenses and better compete in the blood-sugar tracking market as well as treat presbyopia, a condition in which eye focus diminishes with age. As part of the deal, Novartis’ Alcon eyecare unit would reportedly continue to develop and commercialize Google’s contact lens technologies. However, the ideas of science fiction in respect of contact lenses does not end there - Google has released a couple of new patents relating to this topic. 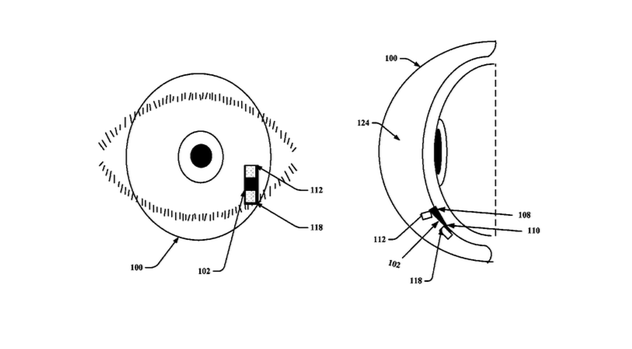 The project was co-developed by Babak Parviz, one of the original Google Glass engineers, who has since moved on to Amazon. If you’re still wondering about the connection between the contact lenses and Google Glass, beyond the fact that they’re both wearables focused on your eyeballs and that health-related functionality is where wearables ultimately shine, Parviz has actually given presentations about smart contact lenses that would lead you to imagine more of a crossover.

Here’s one from Google’s “Solve for X” event in 2012, in which he mentions gaming, virtual reality, augmented reality, interfacing with mobile, super vision, night vision, and multi-focus as possibilities connected with the emerging technology.

The point is that smart contact lenses may do a lot more interesting things down the road, and Google has been researching this stuff for quite some time. Now it has a new patent related to making them. Here’s the abstract:

The company applied for the patent in September of 2012, and it was just granted. I’m not an expert on any of this stuff, so I won’t attempt to walk you through it. One of the biggest obstacles Google Glass has faced has been the awkward look. Most people don’t want to wear these things on their faces, because they are not sure in security of Google’s trends. While they would still have a hard time convincing some people to wear contacts, such as device with similar technologies would at least get Google’s platform over the fashion hurdle – something Schmidt himself has brought up in the past.