More than one in three of the top websites are dangerous

One out of three of the top one million websites ranked by Alexa are “risky,” meaning the site is compromised, or is running vulnerable software that puts it at risk of being compromised, according to new findings by Menlo Security. 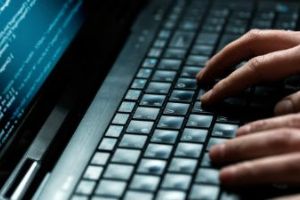 For its “State of the Web 2015: Vulnerability Report,” Menlo Security scanned more than 1.75 million URLs representing more than 750,000 unique domains.

Researchers checked if URLs appeared on lists of known malicious sites, if IP addresses were linked to spam networks and botnets, and if the sites were running vulnerable and unpatched software. “The most surprising piece of data was that one in three domains were found to be risky, one in five run vulnerable software, and the problem is fairly prevalent across all categories,” Kowsik Guruswamy, CTO of Menlo Security, told SCMagazine.com in a Tuesday email correspondence.

Website categories include transportation, health and medicine, computers and technology, and business, and the vulnerability rate – or the percentage of sites in a category that were running vulnerable software – for the top 15 website categories hovered mostly around roughly 20 percent, Guruswamy said.

“[The] fact that we see a pretty consistent vulnerability rate of roughly 20 percent across mainstream, “trusted” site categories was a big surprise,” Guruswamy said. “It helps to explain how attackers are able to use popular sites [such as the Forbes and Jamie Oliver websites] to insert malware and launch broad attacks.”

Additionally, about one in twenty sites were identified by researchers as serving malware, spam or being part of a botnet. “The major take away for enterprises that block outbound web traffic is that they need to be wary of allowing access to sites just because they are popular or have the most number of visitors,” Guruswamy said, going on to add, “Invest in technologies and products that actually eliminate malware instead of playing the detection game.”