Smartphones spy on your location every three minutes

Many smartphone users know that free apps sometimes share private information with third parties, but few, if any, are aware of how frequently this occurs. 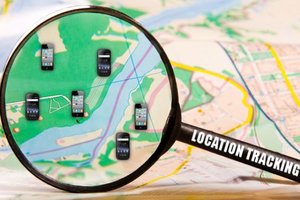 An experiment at Carnegie Mellon University shows that when people learn exactly how many times these apps share that information they rapidly act to limit further sharing. It means that mobile security isn’t on the highest level.

In one phase of a study that evaluated the benefits of app permission managers — software that gives people control over what sensitive information their apps can access — 23 smartphone users received a daily message, or "privacy nudge," telling them how many times information such as location, contact lists or phone call logs had been shared. Some nudges were alarming. One notable example: "Your location has been shared 5,398 times with Facebook, Groupon, GO Launcher EX and seven other apps in the last 14 days."

In interviews, the research subjects repeatedly said the frequency of access to their personal information caught them by surprise. "4,182 (times) — are you kidding me?" one participant asked. "It felt like I'm being followed by my own phone. It was scary. That number is too high." Another participant's response: "The number (356 times) was huge, unexpected." 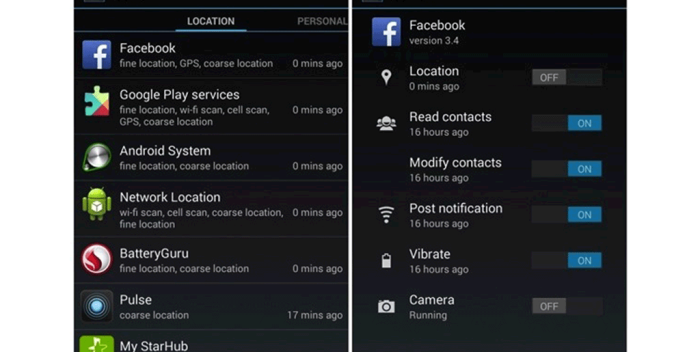 "The vast majority of people have no clue about what's going on," said Norman Sadeh, a professor in the School of Computer Science's Institute for Software Research. Most smartphone users, in fact, have no way of obtaining this data about app behaviour. But the study shows that when they do, they tend to act rapidly to change their privacy settings. The study examined the efficacy of both security app permission managers and privacy nudges in helping people understand and manage privacy settings. Hazim Almuhimedi, a Ph.D. student in the Institute for Software Research, will present the findings of his research with Sadeh and other CMU privacy researchers at CHI 2015, the Conference on Human Factors in Computing Systems, April 18–23 in Seoul, South Korea.

An app permission manager allows smartphone users to decide which apps have access to personal information and sensitive functionality. The study used a permission manager for Android 4.3 called AppOps. During the first week of the study, app behavior data was collected for 23 people as they used their own Android mobile devices. In the second week, they were given access to AppOps, and in the third and final phase they received the daily privacy nudges detailing the frequency at which their sensitive information was accessed by their apps. When it comes to mobile surveillance, it is believed that this requires technologies that are used by special services only. In reality, everything is easier. The American company, called Verint, suggests Skylock service that can track subscriders all over the world, without users or operators knowledge. 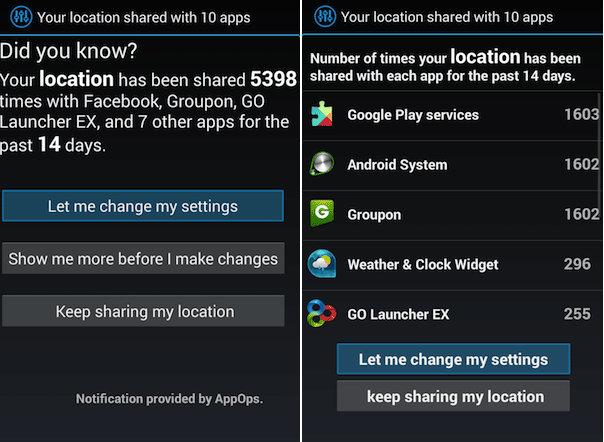 But once the participants had set their preferences over the first few days, they stopped making changes. When they began getting the privacy nudges, however, they went back to their privacy settings and further restricted many of them. During this phase, which spanned eight days, users collectively reviewed permissions 69 times, blocking 122 additional permissions on 47 apps. "App permission managers are better than nothing, but by themselves they aren't sufficient," Sadeh said. "Privacy nudges can play an important role in increasing awareness and in motivating people to review and adjust their privacy settings."

Privacy researchers have struggled to find ways to motivate people to pay attention to online privacy, particularly for mobile devices that gather a great deal of personal information about the user. Sadeh said when people download an Android app, they are told what information the app is permitted to access, but few pay much attention, and fewer understand the implications of those permissions.

"The fact that users respond to privacy nudges indicate that they really care about privacy, but were just unaware of how much information was being collected about them," Sadeh said. The AppOps software was discontinued on later versions of Android. While iPhones do have a privacy manager, it does not tell users how often their information is used or for what purpose and does not nudge users to regularly review their settings.

But privacy nudges aren't a silver bullet either, Sadeh said. Given the new types and growing numbers of apps now in circulation, even the most diligent smartphone user is likely to be overwhelmed by the choices for privacy controls. Sadeh said ultimately the solution may be personalized privacy assistants — software that learns an individual's privacy preferences and selectively engages in dialogues with users to help semi-automatically configure many of their settings.

Research along these lines is progressing. Sadeh said his own research shows that it's possible to predict an individual's mobile app privacy preferences with over 90 percent accuracy based on their answers to just a few privacy-related questions. The study on app permission managers and privacy nudges was supported by the National Science Foundation, Google, Samsung and the King Abdulaziz City for Science and Technology.