The UK's Court of Appeal won't block a privacy lawsuit that alleges Google tracked Safari users without authorisation, so the three plaintiffs can continue their legal fight against the search company. 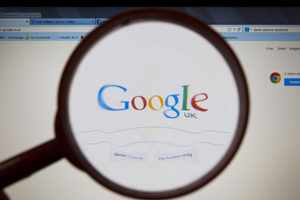 It’s no secret to anyone to know that Google keeps every bit of data it collects about each of its users. This data includes, but is not limited to, search phrase history, links clicked, Gmail conversations and so on. Now British activists claim that Google bypassed the privacy settings in Safari with cookies that kept track of their Internet activity without their knowledge.

"These claims raise serious issues which merit a trial. They concern what is alleged to have been the secret and blanket tracking and collation of information, often of an extremely private and safe nature, as specified in the confidential schedules, about and associated with the claimants' internet use, and the subsequent use of that information for about nine months," reads the decision, released Friday.

"The case relates to the anxiety and distress this intrusion upon autonomy has caused." In a news release, the plaintiffs' law firm Olswang LLP called it a landmark ruling. The decision also potentially opens the door to litigation by millions of Britons who used Apple computers, iPhones, iPods and iPads during the relevant period in 2011 and 2012, said the Google Action Group, a not-for-profit company set up to manage the claims of consumers against Google.

The case against Google was filed in June 2013 by U.K. privacy activists and alleges that the search engine giant circumvented security settings in Apple's browser to plant cookies in order to covertly track their online movements and target them with advertising. All this happened without the users' consent and in violation of U.K. data protection law, they said.

In 2012, the U.S. Federal Trade Commission fined Google US$22.5 million to settle government charges that it violated privacy laws when it tracked Safari users. And in 2013, Google paid another $17 million to settle a U.S. court case over the same problem. But the British privacy activists also wanted the company to be held accountable in the UK for allegedly abusing people's privacy. Google has argued that it cannot be sued in the UK because the country's privacy laws don't apply to it. Instead, Google wants the case brought to California, where it's based.

The U.K. High Court ruled in January last year that U.K. citizens are allowed to sue Google as the case falls within the scope of the country's jurisdiction. Google appealed that ruling, leading to Friday's ruling from the Court of Appeal. The appeals court also ruled that claimants may recover damages under the U.K. Data Protection Act, the law firm noted. "This is a David and Goliath victory," said Judith Vidal-Hall, one of the claimants, in an emailed statement, adding that the Court of Appeal has ensured Google cannot use its vast resources to evade English justice.

Anyone who used Safari during the relevant period can now join the claim against Google, Olswang partner Dan Tench said in an emailed statement, adding that the law firm was looking forward to holding Google accountable. In its ruling, the appeals court also addressed the issue of damages, saying that "compensatory damages may be relatively modest" as they tend to be in claims for misuse of private information and for breaches of the Data Protection Act of 1998, but that "the issues of principle are large." Google did not immediately respond to a request for comment.