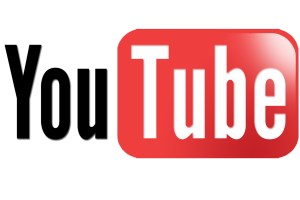 The YouTube Kids app, which was released in February, blends video programming and ads in ways that deceive children and parents, according to the groups, which include the Center for Digital Democracy, the American Academy of Child and Adolescent Psychiatry and the Consumers Union.

The groups will send a letter to the U.S. Federal Trade Commission on Tuesday asking it to examine whether the app violates rules prohibiting unfair and deceptive marketing practices. "The videos provided to children on YouTube Kids intermix commercial and other content in ways that are deceptive and unfair to children and would not be permitted to be shown on broadcast or cable television," reads the letter.

Google Inc-owned YouTube, the world's most popular video website, launched the app earlier this year to provide families with a version of its service that it said was safer and easier for kids to use. The selection of videos features in the app is limited to content that is appropriate for younger audiences, and the app features parental control settings that can restrict viewing time and Web search capabilities. With Google processing 40,000 search queries a second — or 1.2 trillion a year — it's a safe bet that many of those doing the Googling are kids. Last year, Google decided to revamp its products with 12-and-younger focus.

The critics' letter said that YouTube's Kids app, which it said is listed on the Apple iTunes store for children aged 5 and under, features several "branded channels" for companies such as fast-food company McDonald's Corp and toymaker Mattel Inc's Fisher-Price brand.

Those channels mix programming, such as a cartoon about a children's character, with ads for toys based on the same character, a practice the groups said is not permitted on television. While YouTube promised not to include food and beverage commercials in the app, the letter cites examples such as 30-second television ads for McDonald's Happy Meals that is included among the videos on the fast-food company's special "channel."

The letter also said that YouTube does not make clear when the "user-generated videos" featured on the app, such as videos of children excitedly un-wrapping new toys, are in fact paid endorsements in which the creators of the video were compensated by toy companies or media companies.

"We worked with numerous partners and child advocacy groups when developing YouTube Kids to provide children with the highest level of security. While we are always open to feedback on ways to improve the app, we were not contacted directly by the signers of this letter and strongly disagree with their contentions," a Youtube spokeswoman told. Representatives at Mattel and McDonald's did not immediately respond to emails seeking comment.