Threats are everywhere on the Internet and they pose a serious danger to younger users. Moreover, use of mobile devices leave children even more vulnerable because they are free to surf the Internet at any time or place, without adult supervision. 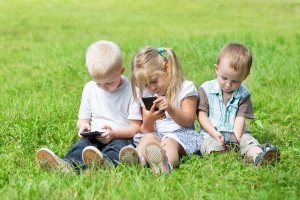 According to a survey conducted by Kaspersky Lab and B2B International over a 12-month period, 22% of parents polled indicated that their children were affected by cyber incidents.

Examples of these incidents included cyberbullying attacks and their children stumbling upon sites with inappropriate and/or damaging content for youngsters. It is a widely held belief that children in this day and age spend way too much time on their devices. Because their children are practically glued to their devices, most prohibitions and access restrictions are hard for parents to apply and monitor. But there is a huge arsenal of technical means that can help parents place time limits on their children’s device usage, and/or allow parents to set times when their kids can play with their gadgets.

Of course, the problem cannot be solved by technology alone. Children need to be given alternatives to their gadgets. Parents need to be proactive when addressing this issue by spending more time with their children and signing them up for after school activities and sports teams, leaving less time to spend on their phones.

Another constant concern for parents is whether or not their children are where they’re expected to be. Children have been known to occasionally misinform their parents on their location, which can put that child at risk. For example, a child might tell their parents that they’re going to the library, but choose to meet up with some friends at the local park instead.

Here, special IT security solutions can help ease the minds of parents everywhere by tracking their children’s whereabouts and alerting them if their children leave their agreed upon location. However, while this knowledge is powerful, it should be used with caution. In the event that your child strays upon the agreed boundaries, don’t rush to punish them. First give them a chance to explain and try to understand the motivating force behind their rule breaking.