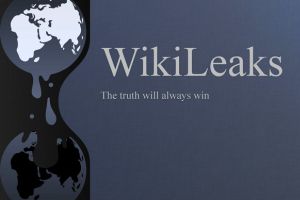 The whistleblowing organization published links for a massive 400 gigabytes worth of encrypted data it described as “insurance documents” on its Twitter and Facebook accounts. It is possible to download the files but advanced encoding prevents them from being opened.

The group described encryption as a necessary measure in light of previous attempts to block its leaking of classified information.

The practice of encoding data and then later releasing the key is not uncommon for WikiLeaks, but the sheer size of the files has attracted considerable attention. WikiLeaks followers on Facebook and Twitter speculated on what the documents might contain, and also that the key would be released if anything should happen to WikiLeaks founder Julian Assange or NSA whistleblower Edward Snowden.

“They're files that will not have the passwords released unless something happens to specific individuals associated with WikiLeaks. Like the insurance file for Assange, which is more from the cables and info Manning leaked out,” Facebook user Tom-Eric Halvorsen wrote on WikiLeaks’ profile page.

The organization aided Snowden in his negotiations on temporary asylum in Russia following the leaking of classified US government data that revealed the NSA’s global surveillance programs. WikiLeaks has indicated that the data disclosed so far is only the tip of the iceberg, and that more revelations will follow.

However, there could be problems ahead for Snowden if more leaks are released, as the Russian government says that as a part of the temporary asylum agreement, Snowden should refrain from releasing data that “damages” the US. The whistleblower applied for asylum in Russia after the US voided his passport, leaving him stranded in Moscow’s Sheremetyevo Airport for over a month.

Washington has branded the former NSA contractor a fugitive and issued an extradition order against him on charges of espionage.

In the wake of the revelations about the US government’s global spying programs, the Obama administration has sought to justify mass surveillance as a necessary evil to protect national security. Even so, President Barack Obama has announced a number of reforms to the NSA to increase its transparency and regulate the information collected by the government.