The spammiest nations on Earth

A new report has identified which countries to blame for the continuing presence of spam in our daily lives. If you haven't seen the Dirty Dozen before, here's how it works. 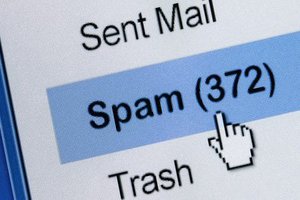 Sophos’ ‘Spampionship’ found that the US remained the number one provider of spam by volume across the first three months of the year, accounting for 10 percent of the global total.

SophosLabs maintains a large network of spamtraps, operated around the world with the express purpose of collecting spam. It was followed by Vietnam (7.0 percent) in second place, and Ukraine (6.8 percent) in third, with Russia (5.7 percent) and South Korea (5.6 percent) rounding out the top five of Sophos’ ‘Dirty Dozen’. China, last quarter’s leader, dropped to sixth place, sending out just one-twentieth of the world’s spam, and gifting top spot to the Americans.

Sophos calculated the results through a global network of ‘spamtraps’ – sites and accounts set up around the world with the sole purpose of obtaining spam, with the sender’s IP addresses used to identify its location. The company also produced a separate leaderboard based on identifying the highest spam-producing countries relevant to their population, showing which countries are becoming adept at sneaking under the radar.

These statistics showed Moldova surprisingly cropping up as ‘the spammiest nation on Earth’ for the first time, much of which came from a small number of hosting providers, whose high total of available bandwidth made the spike so noticeable. It was followed by Bulgaria, Ukraine, South Korea and Israel, the latter of which was particularly surprising, given the country’s traditionally-strong IT security industry.

Despite the continuing rise of security issues around the world, spam still remains a pertinent issue for many users around the world, due mainly to the volume sent each day. Last October, Microsoft revealed it blocks 10 million such emails each minute on average – a total of 14 billion a day.