The US Senate failed to pass the so-called USA Freedom Act Saturday, as a 57-42 vote fell three votes shy of the 60 needed to bring the measure to the Senate floor. 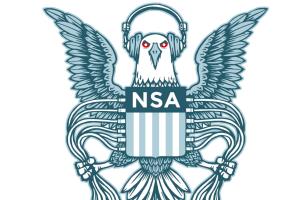 Several other measures to replace or revise the expiring Section 215 of the USA Patriot Act also were blocked, marking a temporary setback for efforts to continue the bulk collection of telephone metadata.

Promoters of the USA Freedom Act, approved by the US House of Representatives in a 338-88 vote earlier this month, claim that the law would have ended bulk collection of telephone records and metadata carried out under Section 215, which empowers the NSA, FBI, and other government agencies to seize and spy on telephone records and other forms of private data, including bank and credit card statements. In addition to providing a facade of “reform,” the Freedom Act was also to serve as the vehicle for renewal of other surveillance powers established by the Patriot Act that are currently set to expire on June 1. The Senate will reconvene May 31, with the prospect that failure to enact last-minute legislation would remove the legal authority for a sub-set of the NSA’s vast activities.

Leading congressional supporters and opponents of “surveillance reform” alike are united by their support for the maintenance of the massive surveillance programs, which they present as necessary instruments in defense of the American people against “terrorist” attack. Democratic Senators Barbara Mikulski and Barbara Boxer issued dire warnings about the possibility that spy powers may lapse, saying that the failure of the Republican-led Senate to pass new surveillance legislation called into question the “ability to govern.”

“This is as serious as it gets,” Boxer said, saying that legislation to reauthorize and update the Patriot Act spy powers is necessary to “protect the country.” Senate Majority Leader Mitch McConnell said failure to renew the Section 215 powers was creating a “high threat period” by hampering surveillance.

A second attempt to pass emergency legislation extending the spy powers is to proceed on May 31. The Obama administration announced last week that the NSA has begun “winding down” operations associated with Section 215 in anticipation that such efforts will fail. Both the NSA and the White House have refused to offer specifics about the surveillance programs they claim are being closed down.

Like the USA Freedom Act itself, the failure of Congress thus far to renew the Patriot Act powers is being hailed, falsely, in some quarters as a major victory for democracy and blow against the illegal mass spying. “The tides are shifting,” a spokesperson for the American Civil Liberties Union said in response to the non-renewal of 215, praising the Senate for “taking a stand against simply rubber-stamping provisions of the Patriot Act that have been used to spy on Americans.” A spokesman for Demand Progress hailed the vote as “a victory for democracy over totalitarianism” and for “open government over secret law.”

Republican Senator Rand Paul, who waged a much-publicized 10-hour filibuster Wednesday against renewal of Section 215, tweeted over the weekend that ongoing moves in Congress have the potential to “end illegal NSA spying once and for all.” One barely knows where to begin in countering such absurdities. First of all, the provisions in the USA Freedom Act do not even address the bulk of the pseudo-legal framework that underpins the criminal spying operations. Even if the Patriot Act were repealed completely, this would amount to little more than the purely formal curtailment of one section of the legislative and executive authorizations for mass surveillance programs that began long before the bill’s passage.

Solely on the basis of Executive Order 12333, a decree issued by the Reagan administration and updated during subsequent presidencies, US government spies are empowered to collect any and all data from foreign sources that they deem relevant for intelligence and national security purposes. In the age of global communications, when virtually all forms of data are stored simultaneously on servers located on multiple continents, such power to collect data overseas effectively empowers the NSA to collect all data worldwide.

In an admission that must raise doubts about the government’s claim that the mass spying is necessary to fight “terrorism,” the Justice Department’s Office of Inspector General issued a report on the use of Internet activity logs, one of the activities authorized under Section 215, and concluded that it was unable to “identify any major case developments that resulted from records obtained through Section 215 orders.”

Rather than targeting terrorists, the NSA and FBI are compiling ever-growing databases on the social, political and cultural affiliations of the American people, as part of systematic preparations for mass repression against the population. Washington’s security agencies are collecting virtually every type of data in existence, and analyzing and disseminating the latter throughout the state apparatus through the use of “fusion centers,” as well as direct wholesale transfers of bulk data from the NSA to the FBI and other police agencies.

New NSA documents leaked by Edward Snowden showed that the spy agency developed malicious hacking and surveillance software designed to download onto smartphones by piggybacking on apps sold by Google and Samsung. By deploying from leading corporate platforms, the NSA’s IRRITANT HORN program can potentially infect tens of millions of devices with spyware that gives the agency unfettered control over the devices and data stored in their memory.

Such is the behind-the-scenes reality of the “surveillance reform” touted by promoters of the USA Freedom Act. As the stage-managed wrangling in Congress drags on, the actual spying programs continue to grow in complexity and scale. The stubborn fact, laid bare for all to see through the heroic actions of Snowden and other whistleblowers, is that the US ruling elite is charging ahead as rapidly as possible with plans to expand and develop its mass surveillance programs, as part of an agenda to prepare repression against impending political upheavals.

While one cannot be certain of the precise outcome of the theatrics on Capitol Hill, there is no doubt that one or another legal basis will be found or invented to suit the needs of the state. The military-intelligence apparatus now operates as a law unto itself, doing whatever is necessary to expand and defend its own power, security and interests and those of its masters on Wall Street.