British and American intelligence agencies have spied on anti-virus companies and probed their software for weaknesses, as the snoops sought to enhance their offensive surveillance techniques, according to fresh Edward Snowden documents released by The Intercept. 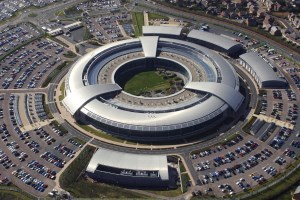 This was predictable given previous revelations around the extensive hacking capabilities at GCHQ and the NSA, but for reasons not outlined in the leaks or by the agencies themselves, notable US and UK anti-virus providers were seemingly left untouched, despite being used across the world.

On the hitlist of “Project CAMBERDADA”, an NSA-led initiative, were Russian giant Kaspersky, Finnish firm F-Secure, Romania’s BitDefender, Germany’s Avira, Slovakia’s ESET, South Korean giant AhnLab, as well as Czech vendors AVG and Avast. Some firm’s may have been on the list purely because of their association with Kaspersky. Israel’s Check Point, which licenses the Kaspersky anti-virus engine for its consumer product, ZoneAlarm, was also a target. Older versions of F-Secure also used the Kaspersky signature database, which contained lists of blacklisted malware.

But American anti-virus leaders McAfee and Symantec were not on the list. Neither was Sophos, the UK’s best-known anti-virus provider. All three have numerous ex-government employees and have close working relationships with intelligence and law enforcement agencies, from the NSA to the FBI to the European Cyber Crime Center.

According to one document, the NSA collected emails warning anti-virus companies about fresh malware. In some cases, according to a 2010 presentation document, NSA analysts “[c]heck Kaspersky AV to see if they continue to let any of these virus files through their Anti-Virus product.” The NSA’s Tailored Access Operations, the agency’s number one offensive security unit, could “repurpose the malware,” possibly to re-use against targets and therefore bypass anti-virus. Another slide lists other “targets”, including those anti-virus providers named above. 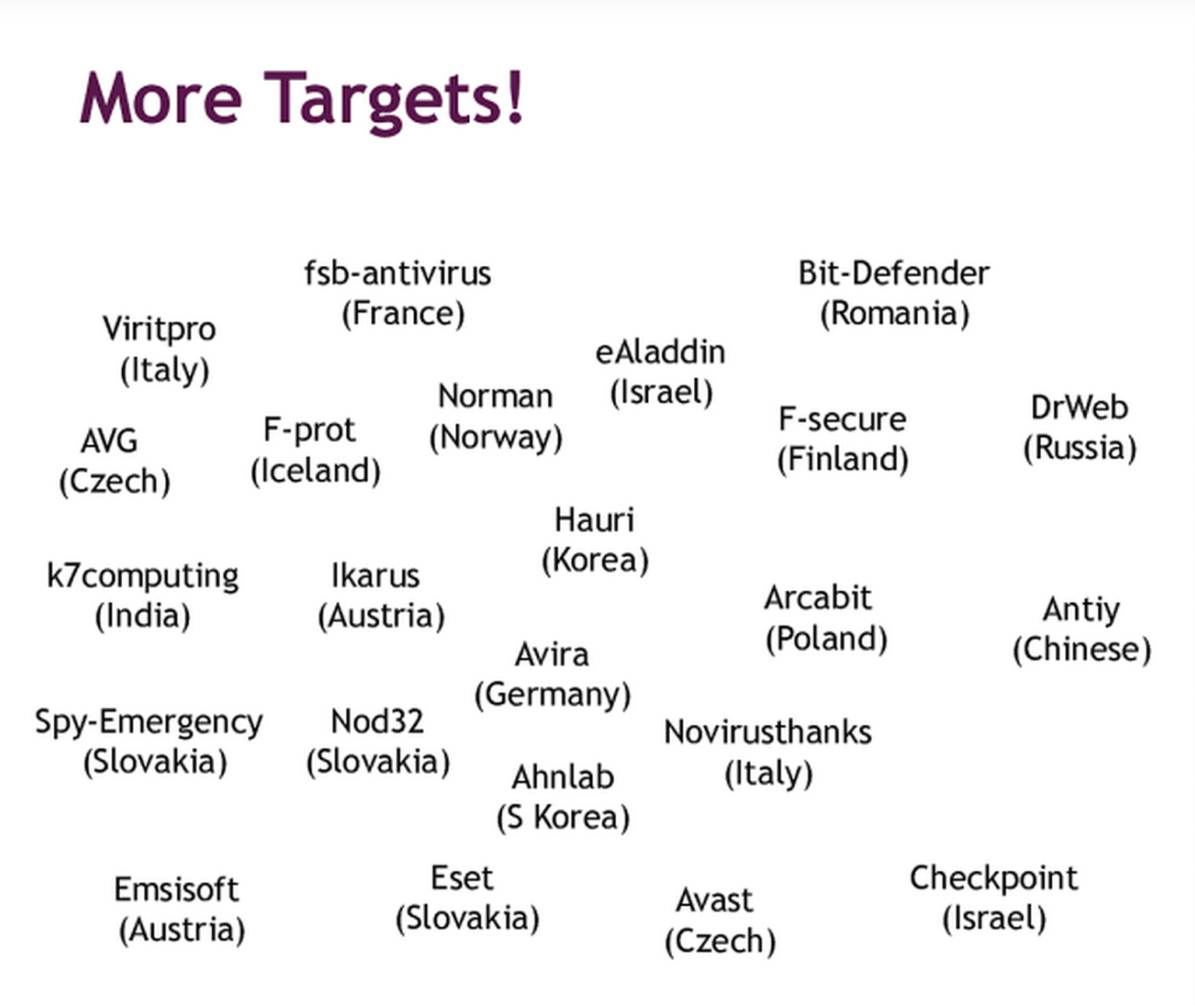 Earlier, in 2008, the NSA found they could snoop on user information being relayed to Kaspersky servers from customer PCs, potentially allowing them to track those users, according to a draft of a top-secret report. Kaspersky denied this was possible today, though The Intercept said detailed reports of customers’ hardware and software were being sent to the firm.

Kaspersky appears to have been of particular interest to GCHQ too, which sought a warrant, provided under Section 5 of the U.K.’s 1994 Intelligence Services Act, to continue cracking the security software to determine its inner workings – a process known as reverse engineering. This process typically turns up vulnerabilities. As anti-virus is given high privileges on PCs, they make for a good target, hence intel agencies work to hack them. The warrant was valid from July 7, 2008 until January 7, 2009. It’s unclear if it is still in force as Kaspersky has expanded across British business.

The warrants used by GCHQ were also legally dubious, The Intercept claimed, suggesting British law was being used to get around copyright protections from reverse engineering, even though it had never been used in such a way. Just earlier this month, an independent review of the legislation governing Britain’s spying powers declared them “intolerable” and “undemocratic”.