Facebook continues to refine what you see in your news feed. The social network that your mom uses announced that it will track more information about your video watching habits to include whether or not you perform any actions like turn up the volume or make a video full screen. 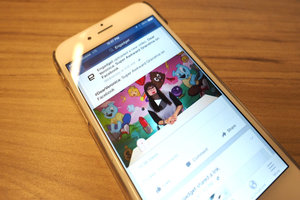 Facebook will use that information to place what it believes are more relevant auto-playing videos into your feed. Facebook recently announced that it would track how long users look at posts in addition to when someone clicks the Like or Share button to aggregate posts. Today's news is just an extension of that.

The company says it will roll out this new way to weight posts in user feeds over the coming weeks and that Pages shouldn't expect "significant changes in distribution as a result of this update." Every time Facebook makes a change, people get angry as they don't fell safe. The social network wants to control users everywhere.

Earlier the social network rolled out Moments, a free photo-sharing app that lets users create shared photo albums with friends from their smartphones. The photos are then stored in the cloud for free, but this app doesn’t provide you with the highest level of security. Moreover, Facebook's photo-sharing app will not be made available in Europe due to concerns about its use of facial recognition.