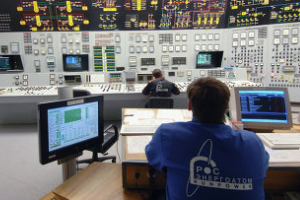 However, Chris Kitts, the father of beforeitsnews.com, believes that the obtained information is used not only for security purposes. According to Chris Kitts, Washington creates “The machine for the implementation blackmail.

Now they have access to the emails of people who are in the data store in Utah. If they want to know for some reason any information about you, they can see your old E-mails,” the expert said.

Chris Kitts is sure, when registering on Gmail, Yahoo, Hotmail and etc. factually the users give the right to the government to do everything they want with the information. “They take your E-mails, index for advertisement, exploit and send them to the government,” Chris Kitts explained.

According to Chris, the only thing you may do in order to hide from The Big Brother – is to go live to the cave. Recall, that at the beginning of June in the U.S. scandal in connection with the actions of the National Security Agency, who received information about million subscribers‘ calls of one of the largest U.S. telecommunications companies.

Besides in June, thanks to former CIA officer Edward Snowden, another major program of the U.S. government PRISM became aware, carrying out surveillance of Internet users Yahoo, Facebook, Microsoft, and Google all over the world. Edward Snowden by himself was hiding since that in the airport "Sheremetyevo" where he had arrived from Hong Kong. His passport was cancelled by the government of the U.S., and Snowden could not leave Moscow airport.

A week ago fugitive – informant sent an official request to the Federal Migration Service of Russian Federation to give him temporary asylum.