Beginning more than a decade ago, one of the largest security companies in the world, Moscow-based Kaspersky Lab, tried to damage rivals in the marketplace by tricking their antivirus software programs into classifying benign files as malicious, according to two former employees. 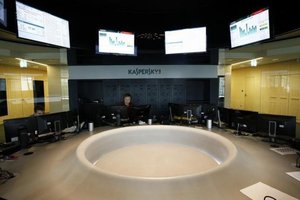 They said the secret campaign targeted Microsoft Corp, AVG Technologies NV, Avast Software and other rivals, fooling some of them into deleting or disabling important files on their customers' PCs.

Some of the attacks were ordered by Kaspersky Lab's co-founder, Eugene Kaspersky, in part to retaliate against smaller rivals that he felt were aping his software instead of developing their own technology, they said. "Eugene considered this stealing," said one of the former employees. Both sources requested anonymity and said they were among a small group of people who knew about the operation. Kaspersky Lab strongly denied that it had tricked competitors into categorizing clean files as malicious, so-called false positives.

"Our company has never conducted any secret campaign to trick competitors into generating false positives to damage their market standing," Kaspersky said in a statement. "Such actions are unethical, dishonest and their legality is at least questionable."

Executives at Microsoft, AVG and Avast previously told that unknown parties had tried to induce false positives in recent years. When contacted this week, they had no comment on the allegation that Kaspersky Lab had targeted them. The Russian company is one of the most popular antivirus software makers, boasting 400 million users and 270,000 corporate clients. Kaspersky has won wide respect in the industry for its research on sophisticated Western spying programs and the Stuxnet computer worm that sabotaged Iran's nuclear program in 2009 and 2010.

The two former Kaspersky Lab employees said the desire to build market share also factored into Kaspersky's selection of competitors to sabotage. "It was decided to provide some problems" for rivals, said one ex-employee. "It is not only damaging for a competing company but also damaging for users' computers." The former Kaspersky employees said company security researchers were assigned to work for weeks or months at a time on the sabotage projects.

Their chief task was to reverse-engineer competitors' virus detection software to figure out how to fool them into flagging good files as malicious, the former employees said. The opportunity for such trickery has increased over the past decade and a half as the soaring number of harmful computer programs have prompted security companies to share more information with each other, industry experts said. They licensed each other's virus-detection engines, swapped samples of malware, and sent suspicious files to third-party aggregators such as Google Inc's VirusTotal.

By sharing all this data, security companies could more quickly identify new viruses and other malicious content. But the collaboration also allowed companies to borrow heavily from each other's work instead of finding bad files on their own. Kaspersky Lab in 2010 complained openly about copycats, calling for greater respect for intellectual property as data-sharing became more prevalent.

In an effort to prove that other companies were ripping off its work, Kaspersky said it ran an experiment: It created 10 harmless files and told VirusTotal that it regarded them as malicious. VirusTotal aggregates information on suspicious files and shares them with security companies.

Within a week and a half, all 10 files were declared dangerous by as many as 14 security companies that had blindly followed Kaspersky's lead, according to a media presentation given by senior Kaspersky analyst Magnus Kalkuhl in Moscow in January 2010. When Kaspersky's complaints did not lead to significant change, the former employees said, it stepped up the sabotage.

In one technique, Kaspersky's engineers would take an important piece of software commonly found in PCs and inject bad code into it so that the file looked like it was infected, the ex-employees said. They would send the doctored file anonymously to VirusTotal.

Then, when competitors ran this doctored file through their virus detection engines, the file would be flagged as potentially malicious. If the doctored file looked close enough to the original, Kaspersky could fool rival companies into thinking the clean file was problematic as well. VirusTotal had no immediate comment.

In its response to written questions from Reuters, Kaspersky denied using this technique. It said it too had been a victim of such an attack in November 2012, when an "unknown third party" manipulated Kaspersky into misclassifying files from Tencent, Mail.ru and the Steam gaming platform as malicious.

The extent of the damage from such attacks is hard to assess because antivirus software can throw off false positives for a variety of reasons, and many incidents get caught after a small number of customers are affected, security executives said. The former Kaspersky employees said Microsoft was one of the rivals that were targeted because many smaller security companies followed the Redmond, Washington-based company's lead in detecting malicious files. They declined to give a detailed account of any specific attack.

Microsoft's antimalware research director, Dennis Batchelder, told in April that he recalled a time in March 2013 when many customers called to complain that a printer code had been deemed dangerous by its antivirus program and placed in "quarantine." Batchelder said it took him roughly six hours to figure out that the printer code looked a lot like another piece of code that Microsoft had previously ruled malicious. Someone had taken a legitimate file and jammed a wad of bad code into it, he said. Because the normal printer code looked so much like the altered code, the antivirus program quarantined that as well.

Over the next few months, Batchelder's team found hundreds, and eventually thousands, of good files that had been altered to look bad. Batchelder told his staff not to try to identify the culprit. "It doesn't really matter who it was," he said. "All of us in the industry had a vulnerability, in that our systems were based on trust. We wanted to get that fixed."

In a subsequent interview on Wednesday, Batchelder declined to comment on any role Kaspersky may have played in the 2013 printer code problems or any other attacks. Reuters has no evidence linking Kaspersky to the printer code attack. As word spread in the security industry about the induced false positives found by Microsoft, other companies said they tried to figure out what went wrong in their own systems and what to do differently, but no one identified those responsible.

Avast Chief Operating Officer Ondrej Vlcek told in April that he suspected the offenders were well-equipped malware writers and "wanted to have some fun" at the industry's expense. He did not respond to a request on Thursday for comment on the allegation that Kaspersky had induced false positives.

The former employees said Kaspersky Lab manipulated false positives off and on for more than 10 years, with the peak period between 2009 and 2013. It is not clear if the attacks have ended, though security executives say false positives are much less of a problem today.

That is in part because security companies have grown less likely to accept a competitor's determinations as gospel and are spending more to weed out false positives. AVG's former chief technology officer, Yuval Ben-Itzhak, said the company suffered from troves of bad samples that stopped after it set up special filters to screen for them and improved its detection engine.

"There were several waves of these samples, usually four times per year. This crippled-sample generation lasted for about four years. The last wave was received at the beginning of the year 2013," he told Reuters in April. AVG's chief strategy officer, Todd Simpson, declined to comment.

Kaspersky said it had also improved its algorithms to defend against false virus samples. It added that it believed no antivirus company conducted the attacks "as it would have a very bad effect on the whole industry." "Although the security market is very competitive, trusted threat-data exchange is definitely part of the overall security of the entire IT ecosystem, and this exchange must not be compromised or corrupted," Kaspersky said.