A former intern at security firm FireEye has admitted in federal court that he designed a malicious software tool that allowed attackers to take control of other Android phones so they could spy on their owners. 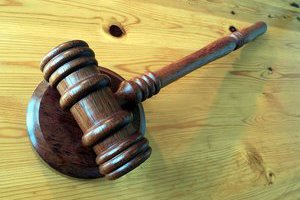 At least one app built with Dendroid found its way into the official Google Play market, in part thanks to code that helped it evade detection by Bouncer, Google’s anti-malware screening system. Culbertson, who last month was one of 70 people arrested in an international law enforcement sting targeting the Darkode online crime forum, said in a LinkedIn profile that he spent four months at FireEye.

While there, he said, he "improved Android malware detection by discovering new malicious malware families and using a multitude of different tools." He was also a student at Carnegie Mellon University. Culbertson on Tuesday pleaded guilty to developing and selling the malicious tool kit.

Culbertson advertised the malware on Darkode for $300, and he also offered to sell the source code, presumably for a much higher price, that would allow buyers to create their own version of Dendroid. He faces a maximum 10 years in prison and $250,000 in fines at sentencing, which is scheduled for December 2.

Culbertson said he had spent more than a year designing Dendroid, a timeline that means he worked on the remote access toolkit during or shortly after his four-month tenure at FireEye. FireEye told that Culbertson has been suspended from any future work at the company.