A US appeals court has thrown out a lower court’s ruling that the National Security Agency’s bulk collection of millions of Americans’ phone records is unconstitutional, adding to the legal uncertainty over the controversial spying programme. 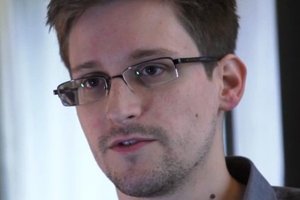 The ruling by a three-judge panel for the US Court of Appeals for the DC circuit threw out a December 2013 injunction that banned the NSA from collecting in bulk the so-called “metadata” of US telephone users which track to whom calls are placed and how long they last.

That practice is set to end later this year under new legislation, the USA Freedom Act, which President Barack Obama signed into law in June. The NSA was given 180 days to wrap up the current programme. It was also deemed illegal in May by another federal court, the US Court of Appeals for the second circuit, in what at the time was seen as the most significant legal setback to the NSA’s domestic spying.

Intelligence officials have insisted that the data are critical for counter-terrorism efforts and that any domestic snooping is aimed primarily at foreign terrorism suspects. But the new law, which was pushed hard by the Republican presidential candidate Rand Paul and other libertarians, is set to curtail significantly the NSA’s access to US phone records.

Companies such as AT&T and Verizon will still have to collect and store the metadata they normally use for billing and provide access to intelligence agencies. But rather than routinely send the metadata records to the NSA in bulk, they will have to do so only in individual cases and after a request is approved by a special intelligence court.

Still, Friday’s ruling highlights the legal uncertainty that persists over the NSA’s practices, two years after they were revealed by the former contractor Edward Snowden, who continues to live in exile in Russia. In their 2-1 ruling on Friday, the appellate court declared that the change in the law did not make a case brought by conservative legal activists moot.

They also questioned whether the plaintiffs could prove that the NSA had in fact collected their metadata. Despite the changes in the law, the legal wrangling is far from over. The New York-based second circuit is due to hear new arguments next week over whether it should impose its own injunction on the NSA.