Anyone who likes to use their computer as a release, pay attention because your secret browsing (you know, for your wife's birthday present) might not be quite so secret. 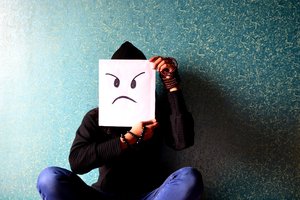 A bug has been discovered meaning that users of Google Chrome with Nvidia graphics chips don't always get Incognito Mode, even when the machine says it's on.

The rub of the story came from blogger charliehorse55 who explained that after a furious session of ... um ... present buying, he decided to play Diablo III and was confronted, not with the loading screen, but an unloading screen showing all of the ... um ... presents. It turns out this is just the tip. Nvidia GPUs don't flush the memory buffer at the end of a browsing session, and neither does Google Chrome, so even if you've been very careful to use Incognito Mode, your dinkle pics may well come back to haunt you, because they can't be deleted. In fact, you can't rub one out. Not one.

Charliehorse55 said in his blog: "This is a serious problem. It breaks the operating system’s user boundaries by allowing non-root users to spy on each other. Additionally, it doesn’t need to be specifically exploited to harm users - it can happen purely by accident. Anyone using a shared computer could be exposing anything displayed on their screen to other users of the computer."

It's a real worry for anyone who is concerned about their wife finding out about their birthday presents in advance. Especially any hardcore Swedish presents. The bit that sticks out is that charliehorse55 first submitted this problem two years ago. Google offered stiff opposition, explaining that Incognito Mode is not designed to protect users sharing the same computer.

Nvidia, meanwhile, has acknowledged the problem rather than tossing it aside, but said that it's something of a long hard fix, and as of yet has failed to perform. It should be mentioned that Chrome, Google’s web browser is said to have problems in incognito mode in its Android version and some of user’s online behaviour is stored in history as a consequence.